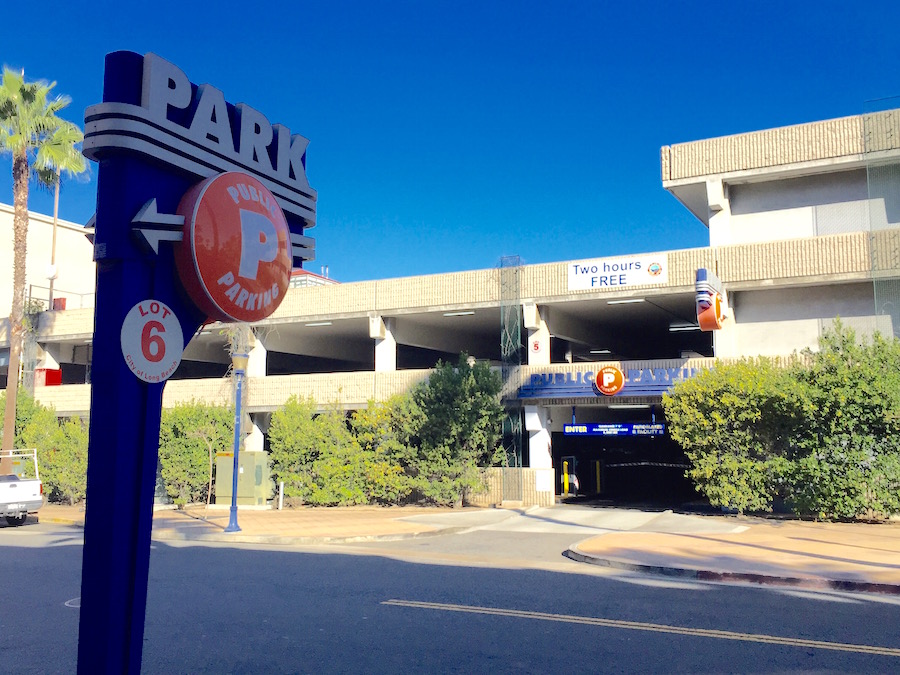 After a city council request in August to continue work to improve the parking situation in the city center, an update on renovations and improvements to parking facilities showed a cleaner and safer system, as the city has increased its efforts in terms of personnel, security and maintenance.

Director of Public Works Ara Maloyan has revealed updates to downtown parking structures in recent months, including Lots A, B and C, which immediately surround the City Place shopping center. Security was extended to 24 hours a day, seven days a week instead of the previous model from Monday to Friday which only covered working hours.

The old pressure washing program provided for a quarterly cleaning, but has since been increased to once a month.

“This increased cleaning program is in line with the cleaning practices of the aquarium parking structure also managed by Central Parking,” said Maloyan.

Maloyan added that Central Parking, the city’s downtown lot management company, has added a “parking ambassador” to help with the customer experience, including arranging for escorting customers to their cars. during the evening hours.

The updates and improvements were initiated by a request for an initial study by council members in November 2014. First District Councilor Lena Gonzalez was joined by co-author Vice Mayor Suja Lowenthal , to request the study and subsequent follow-up, delivered Tuesday evening.

Gonzalez applauded efforts to improve the downtown parking experience, including the recent incorporation of the city’s website to include information on lot locations, parking rates, and access to purchase. monthly permits. She said the city should always focus on marketing and making it known that downtown parking does exist.

It is estimated that the revenue generated by the parking garages themselves will offset the increased security and maintenance costs, but future capital investments may require the city council to allocate further funds to help finance them. Future lot improvements, including the inclusion of LED lighting, cameras, surface repairs and additional paint, are expected to cost over $ 500,000 per parking structure.

The city has partnered with key facility users like Molina Heathcare and others like Downtown Long Beach Associates (DLBA) to assess future needs in the improvement process. DLBA President and CEO Kraig Kojian said that over the past decade the dynamics of the parking situation have grown from just enough space to now ensuring an appropriate experience for the customer. Like Gonzalez, Kojian said the completed work is a good start, but more can be done to improve parking downtown.

“Vice Mayor, you might remember we moved this conversation to downtown parking from a lack of inventory 10 years ago, to now it’s more about the customer experience. ”Said Kojian. “It’s about marketing the asset that we have, it’s the first and last experience a customer can have when entering our downtown area. And for us, it is very, very important. 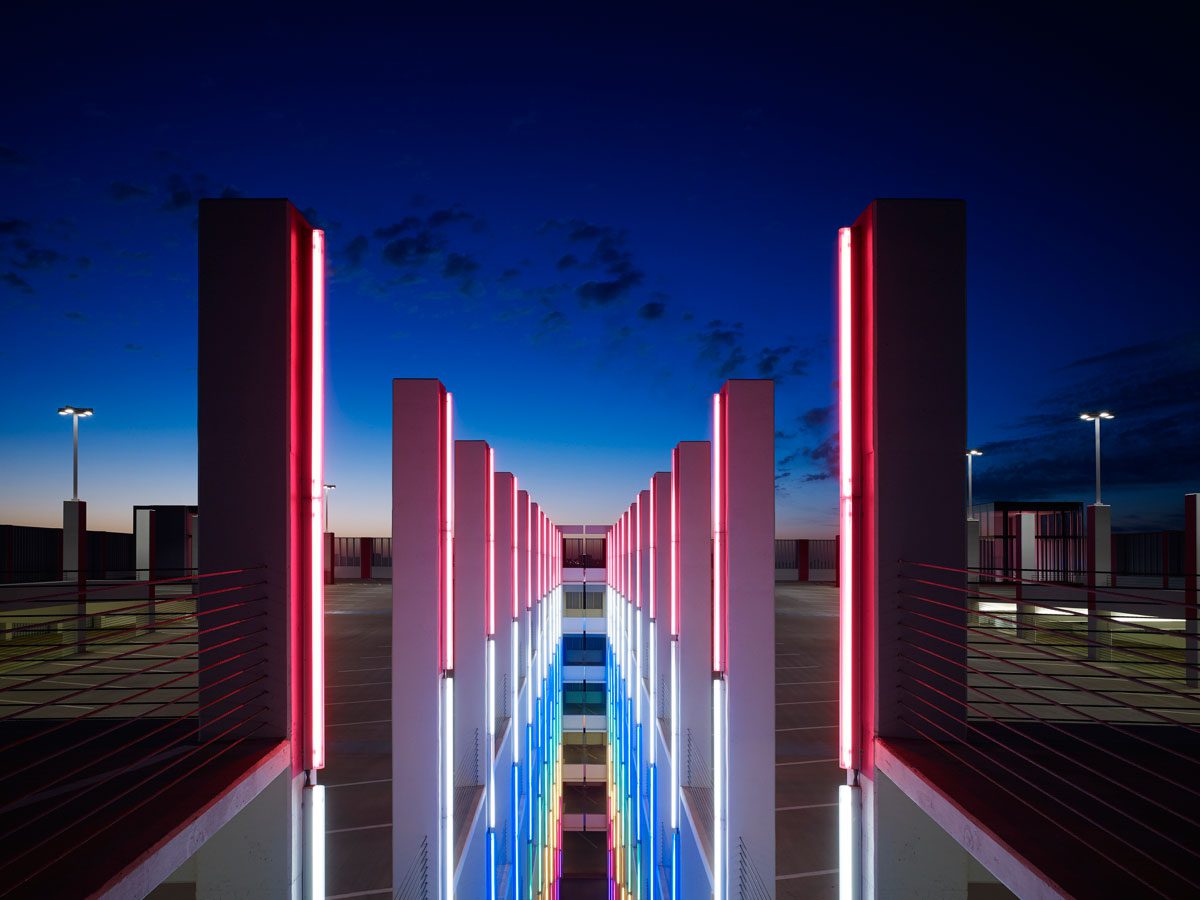 Mostly sloppy solutions to a basic need, parking structures don’t get a reputation for being a thing of beauty. The good news is that a few architects are upping the ante, determined to make the ugly parking lot a thing of the past. The seven parking solutions here include a hospital garage that never looks alike, a house with a stunning gated parking lot that speaks to its architectural language, a tennis court that hides a Batcave-worthy car collection, and a facade diamond-shaped openings spreading the light like a lantern.

Stand out: The fourth in a series of peerless car parks for Chesapeake Energy Corporation, Car Park 4 conceals nearly 1,500 parking spaces within a striking structure defined by colored tube lighting and aluminum extrusions. The white aluminum trellis seems to shift as you pass it, while a veil of aluminum stretched over structural concrete becomes a play of light and shadow. The entrance gates are distinguished by yellow. On the roof, cold cathode lighting illuminates structural columns rising to form an atrium colonnade, with a magenta glow visible for miles.

Stand out: Surrounding a parking area, vertical wooden louvers provide shade and security to this hilltop home, in stark contrast to the whitewashed concrete bulk of the living space. Instead of a bulky addition, the parking area becomes essential to the language of the structure, which slopes down to soak up panoramic sea views to the south.

Stand out: A field of 7,000 angled metal panels with an east/west color scheme creates a dynamic facade system for the Eskenazi Hospital car park. Painted a deep blue on one side and golden yellow on the other, the metal panels vary in size and and appear to shift and change color and transparency depending on the angle of the viewer. The result: a dramatic canvas that never looks quite the same.

Stand out: Instead of demolishing this 1966 building, long considered an eyesore, local architectural firm Pohl Rosa Pohl designed a new facade based on a system of suspended, perforated steel panels. Each of the three layers has a different panel shape, with the two inner layers playing off the outer layer. At night is when the faceplate really comes to life, with the LED backlight changing color to display a theatrical light show. The LEDs can also be programmed for colors suitable for local events and holidays.

Stand out: Challenged to create a ventilated parking structure without air conditioning for a mixed-use building that also included office and commercial space, IwamotoScott Architecture wrapped the main corner of the garage with a digitally fabricated metal screen. Folded aluminum modules create diamond-shaped openings for air. At night, the light spreads with a lantern-like glow.

Stand out: A traditional-style brick house hides a stylish parking area, suitable for a superhero, according to the architects, under a grass cover installed in the tennis court. Ceramic floor tiles and an illuminated ceiling grid create a Batcave-worthy backdrop for the owner’s car collection.

Stand out: Sometimes the best parking design is the one you can’t see. In this 18-unit development, vehicle access and parking for residents are discreetly integrated into a shared plaza— level that raises the wooden frame residences one floor above the ground. The construction of the plaza also allows for pockets of green space and small patios.