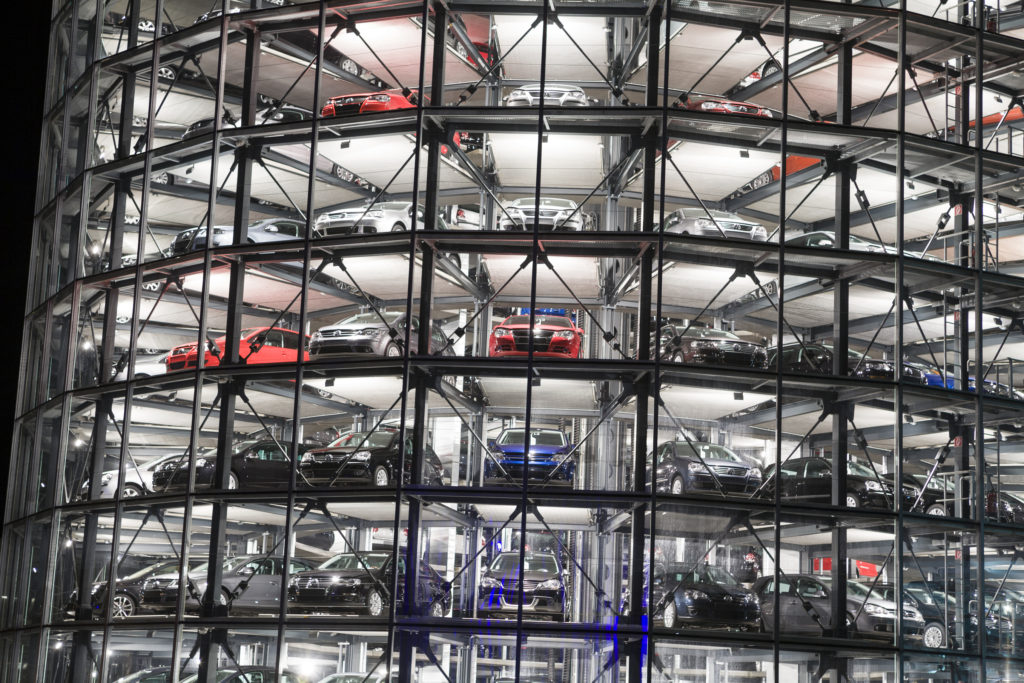 OEMs are aggressively targeting the holy grail of cars that drive around with no one inside, but their efforts on more mundane functionality – likely much easier to achieve – could also radically redefine our lives.

It could also reduce the number of bangs and dents in the doors, as well as kinks in the parking fenders, which is a shame for those focusing on cosmetic crash repairs.

“Using Summon, once you’ve got home and exited Model S or Model X, you can ask him to do the rest: open your garage door, step into your door. garage, park and turn it off. In the morning you wake up, go out the front door and call your car, ”Tesla wrote in January. “He’ll open the garage door and come and say hello.” More generally, Summon also eliminates the burden of having to squeeze in and out of tight parking spots. During this beta phase of Summon, we would like customers to familiarize themselves with it on private property. Eventually, your Tesla will be able to drive anywhere across the country to meet you, recharging itself along the way. It will sync with your calendar to know exactly when to arrive.

In February, Tesla pointed out that it could reduce collisions.

“By allowing the Model S or Model X to be remotely retrieved from a parking spot, Summon gives the driver a line of sight to the danger areas around them. At the same time, ultrasonic sensors placed around the vehicle proactively protect against any invisible or moving danger and allow the car to stop as soon as it is detected, ”Tesla wrote. “If at any point during the summoning maneuver the driver decides to stop Model S or Model X, they can do so by simply pressing the app, the remote, or a door handle. While these extra layers of safety don’t completely eliminate crashes when using semi-autonomous features like Summon, when used correctly they can reduce their occurrence compared to conventional driving.

Nashville is already considering such technology with “what is believed to be the nation’s first parking structure designed for an era where cars contain valet functions like Summon and can park and connect to wider transportation networks.” Car & Driver reported.

Experts, according to Car & Driver, believe that the parking needs of residents of American cities could be changed as early as 2 to 5 years by autonomous technology.

Self-driving cars lead to the likelihood that drop-off areas are needed for vehicle occupants in front of buildings. Once the occupants have exited the cars in a designated area, the cars can park. And if there is no need for humans to get out of parked cars, they can settle into narrower bunks that can eventually shrink from a traditional width of 9.0 feet to maybe 7.0 or even 6.5 feet wide. Squeezing vehicles into smaller spaces, in turn, saves millions of dollars for builders, homebuyers and consumers. But these are just little things

Connected cars add another dimension to autonomous capabilities. Whether private or shared vehicles, the ability to convene a ride remotely means garages may not even need to be located smack in the middle of shopping districts or close to city centers. . Garages can potentially be moved out of areas where real estate is at a premium. This not only means big changes for the parking lots, but also big changes for the areas around them.

Technically, you don’t even need a self-driving car, Car & Driver observed. Simply eliminate the minimum mandatory parking spaces for residential and commercial properties and let the free market figure it out.

A 2013 UConn Honors thesis referenced in the article examined the difference between New Haven, Connecticut, and Cambridge Mass, since Cambridge focused on parking maximums rather than minimums in 1981. Basically, Cambridge did better.

Or just use existing technology like Autostadt in Germany, which parks Volkswagens for delivery to drivers in an autonomous tower, as Reuters reported in 2012.

It would have inspired the briefcase fight in a robotic parking lot at the end of “Mission Impossible: Ghost Protocol”. (The lost fight against a battle of “Hunger Games”.)

“The parking garage of the future: a big makeover to come in the autonomous era”

“Urban parking economics and land use: a case study from New Haven, Connecticut and Cambridge, Massachusetts”

“Improve Safety and Convenience with Summon” 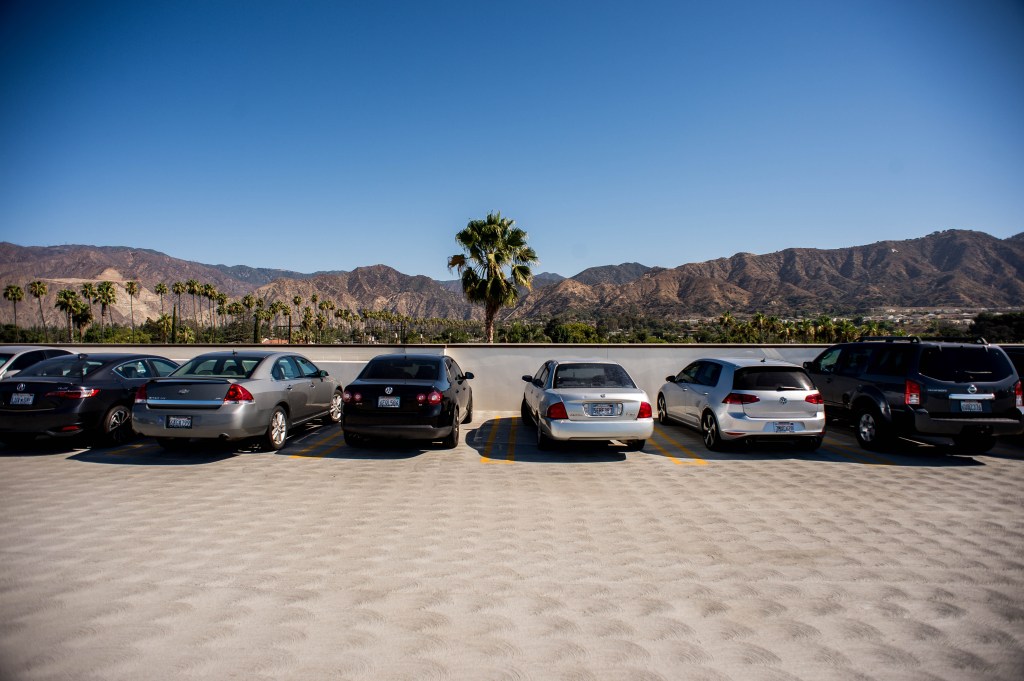 AZUSA >> Gold Line users frustrated by a severe lack of parking at the downtown tram station now have access to 145 additional spaces, the result of a one-year municipal agreement in effect on July 1.

The city temporarily ceded 145 spaces in a multi-story parking lot east of Azusa Avenue and north of the station to train passengers in exchange for the Los Angeles County Metropolitan Transportation Authority (Metro) paying $ 31,000 to the city for operation and maintenance.

“We heard from the public and we did something to help improve conditions there,” said Dave Sotero, a spokesperson for Metro.

However, additional places are not free. Newly acquired spots from Metro cost $ 39 per month. Parking permits are available online at metro.thepermitstore.com and go fast, said Frank Ching, director of parking management at Metro.

Metro Gold Line parking lots fill the allotted spaces every weekday between 6 and 7 a.m., while many are forced to find parking elsewhere. The problem began shortly after the opening on March 5 of the 11.5-mile Foothill Gold Line extension between eastern Pasadena and Azusa Pacific University / Citrus College. To stem an overflow on local streets, the city has enacted parking limits near the downtown train station. Now commuters park further away in unrestricted areas and walk several blocks to and from the station, said Troy Butzlaff, Azusa city manager.

The extra spaces are a temporary fix, said Butzlaff, who helped negotiate the deal with Metro. It was unanimously approved by Azusa City Council on June 27.

The city will want to reclaim these spaces when a new mixed-use development adjacent to the station is completed in around 18 to 24 months, he said.

“This will help reduce some of the problem until a more permanent solution is determined,” Butzlaff said. “It won’t eliminate him. There will still be other people who want to use the Gold Line and cannot find parking. “

Metro and Azusa are also looking for offsite parking to resolve the issue. Butzlaff said the city has land that can accommodate around 70 cars. The owner of the Citrus Crossing Mall on North Citrus and East Aosta Avenues may also be interested in leasing 100 parking spaces at Metro, Butzlaff said.

“These solutions will be seriously considered,” he said, but the city and private landowners are unwilling to pay the cost of a shuttle service.

A Glendora Town Shuttle operates to APU / Citrus and Downtown Azusa stations. The shuttle runs every 30 minutes during the morning and evening rush hours for $ 1 per round trip. Residents of Azusa have the first shot at metro parking permits. They can also book a ride to and from the station using the call service, but they must call ahead.

The city and Metro said the parking problems were the result of unforeseen demand.

The Gold Line Foothill Extension is more popular than imagined. In June, the average weekday ridership across the entire gold line from East Los Angeles to Azusa / Glendora reached 50,722, up from 43,000 a year ago, Metro reported. Saturday docks soared to nearly 39,000 from 29,000 a year ago, while Sunday and holiday docks were well above June 2015 levels. The Foothill extension may be responsible for ‘much of the line increases; the extension carried 5,000 passengers on weekdays in April, just one month after opening.

Rush hour ridership on the Foothill Extension is roughly equal to ridership on the Union Station segment in East LA that opened in 2009, according to the Metro The Source blog. The traffic was so heavy, Metro

“We weren’t expecting this attendance,” Butzlaff said. “Now that we have seen the traffic, we are making adjustments to adapt it. “