The most innovative parking structures around the world 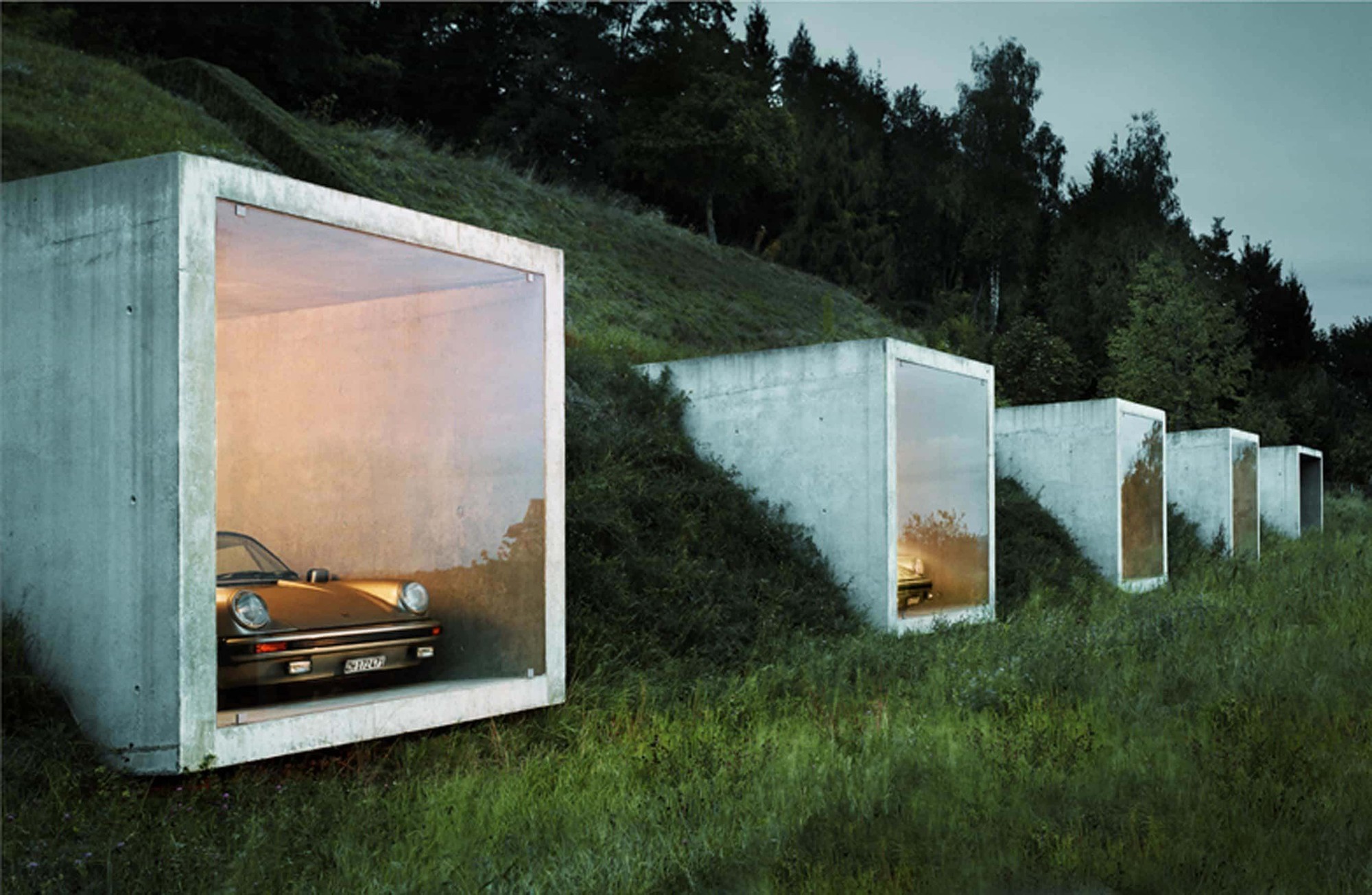 The most innovative parking structures around the world

The covered car park: a loveless structure that is as necessary as it is unpopular. It can be easy for architecture to reflect non-whimsical nature, but sometimes, in the midst of all the mediocrity, a beautiful design comes through.

Airport parking Looking4.com relaunched its World’s Coolest Parking Lot Award, first released in 2013, which showcases some of the most innovative parking structures from around the world. Below is the list of the 10 selected buildings. Which one do you think deserves to win the award? 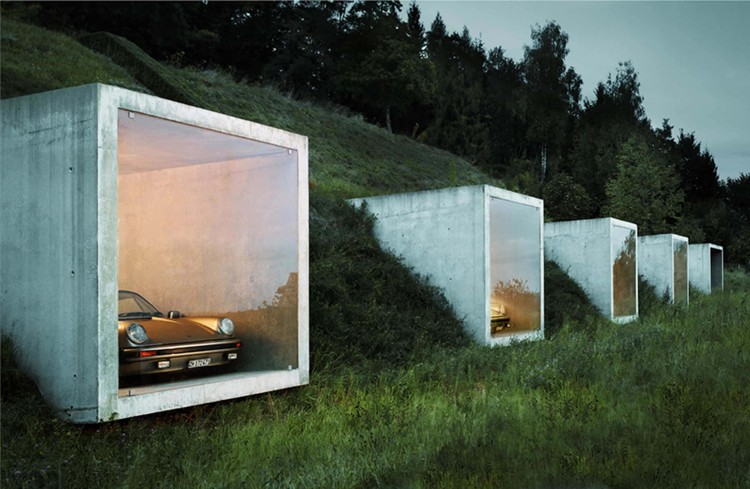 Designed by American artist Ned Kahn, the exterior of this eight-story parking lot is made up of 118,000 suspended aluminum panels that appear to ripple when the wind hits it. The innovative design also provides natural ventilation for the interior.

The bustling multi-story urban car park is located in Leeds’ Victoria Gate Shopping Center, valued at £ 165million, and is inspired by the architecture of the city’s history. The twisted aluminum fin cladding creates a box spring pattern emphasized by the shadows generated.

This exclusive car park, designed by the Swiss company Peter Kunz Architects, has only enough space for eight vehicles. The concrete cubes are embedded in the sloping mountain side, creating a juxtaposition of nature and geometric concrete structures.

Made from natural materials, the parking lot is designed to be as welcoming as possible to visitors to the nearby hospital. The ‘canyon-wall’ offers an abundance of light, even in the basements, as well as natural ventilation for its 985 cars.

This open-concept car park is spread over the space of two buildings, each surrounded by white metal balustrades with thousands of small geometric perforations. Exclusively native flowers on different levels help brighten up the space.

Located in the center of Naples, close to the main tourist attractions, the car park built inside an existing cave with a historic tunnel that connects 2 different parts of the city. The car park is built on seven levels and accessible by three tunnels.

Underground parking with a striking difference, 2KM3 is dedicated to contemporary urban art. Its name acts as an abbreviation for the wall / ceiling space measurement given to a dozen international artists to decorate in their own unique styles (2,000 m³).

The unique shape of this multi-storey car park, with bridges sloping in the opposite direction of the hill, gives it the name “Sinking Ship”. The four-story garage was part of a neighborhood revamp in the ’60s, in front of the Smith Tower and the old Seattle Hotel.

With a capacity of 1,000 cars, the building also serves as a flexible space for conventions and exhibitions. A pair of 30-meter spiral ramps with blue LEDs around the curved edges illuminate the building with an eye-catching helix-shaped entrance and exit.

With 2,314 spaces, this car park holds a Guinness World Record for “largest automated parking lot”. The bays designed by Robotic Parking Systems Inc. save more than 3 times the space of a normal parking lot, with a recovery time of the car of approximately 177 seconds. The city launched the project in June 2017 and with the help of Fisher Parking and Security, a TIBA A value-added reseller, it has been successfully deployed for six months.

“The equipment is consistent and reliable. We are monitoring it closely via SPARK and we have always been able to process tickets with a read rate of over 99%. Systems were built with automation in mind”Said Matthew Muckenthaler, senior account manager for Towne Park. “Our revenues have increased dramatically because we can keep the doors closed and the equipment functional.. “

SPARK, TIBAThe cloud-hosted solution of, enables operators and owners to manage several garages effectively. Operators can run many garages as a larger super-entity or multiple unique facilities, each with their own pricing and pricing structure. Control room operators can remotely monitor the status of each track device and assist drivers who need additional assistance while using the parkings.

“Our aim is to efficiently provide and support Software and Equipment solutions for our customers and end users. We build durable hardware and manage it with 4th generation software systems, such as SPARK, so that each device can be adjusted to the needs of each individual lane.Said John Whiteman, executive vice president of sales at TIBA Parking Systems. “With remote monitoring and control, each device can be optimized separately for each installation, while still being controlled through a management application layer from the cloud.

“With TIBA, our products are more reliable and operate faster than competing companiesSaid Jay O’Brien, president of Fisher Parking & Security. “Fisher has the longest tenure in the region with 33 years of experience. We have better and faster technical support and previous experience in supporting large-scale multi-use installation. “

For 30 years, TIBA has offered innovative solutions for the parking market, resulting in

user-friendly products that reduce the initial purchase price and the cost of ongoing maintenance. TIBA has successfully implemented it with an emphasis on software development, while continuing to improve and support its reliable hardware platforms. This allows owners to reduce the capital investment while taking advantage of the latest software features. With extensive global experience, TIBA’s robust and scalable architecture enables parking operators to keep up with the latest trends in centralized operations, automated smart facilities, web reservations and mobile payments. TIBA’s flexible software enables parking operators to be connected to the IoT and leverage big data to increase their revenues. TIBA’s agile integrations with third-party systems allow parking operators to be an integral part of the growing smart city ecosystem.
TIBA serves parking lot operators and owners around the world, in various industries such as hotels and hospitality, airports, universities, shopping malls, hospitals and medical centers, as well as local, state and federal. For more information on TIBA Parking Systems, visit www.tibaparking.com.

Fisher Parking & Security, Inc. has excelled in advanced access, revenue, metering, voice and video systems for the parking industry since 1985. A strong commitment to customer service with prompt professional technicians we has made it possible to remain the leading supplier of parking control systems. in the Midwest. FISHER maintains advanced parking technology facilities throughout Missouri and Kansas from our headquarters in suburban Kansas City, Missouri and satellite offices in Kansas City and St. Louis. FISHER is a financially sound independent company with strong strategic alliances with the industry while enjoying an A + corporate rating with the Kansas City Better Business Bureau. For more information about Fisher Parking & Security, Inc., visit our website at www.parking-security.com. 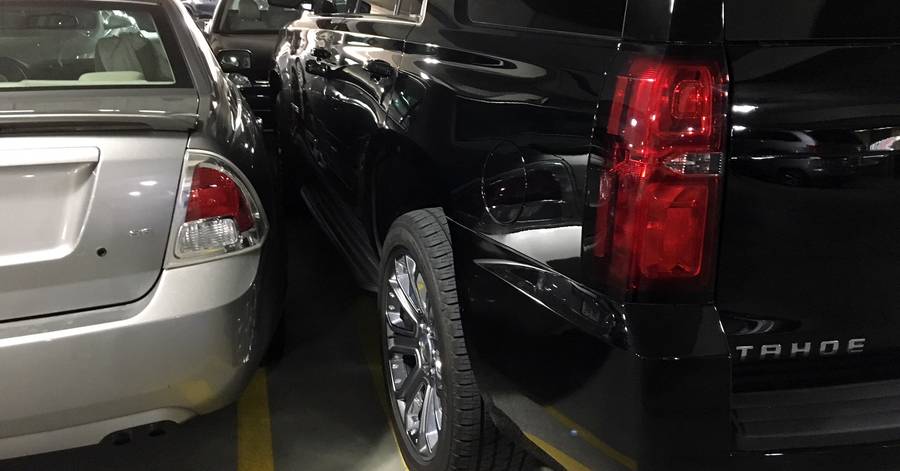 Shawn Massoudi is loyal to his muscular white Cadillac Escalade, which offers a roomy interior and three rows of seats for his family of five.

There is a complaint. It’s not a pleasure to find parking for giant sport utility vehicles in the puny spaces available in many parking lots and garages in Los Angeles.

“Everything is marked compact car,” said Mr. Massoudi, 41. “This vehicle is a tank compared to a compact car.”

He does boring loops looking for spaces large enough for his Climbing, all measuring 17 feet long and almost 7 feet wide. He often relegates himself to the outer rungs of parking lots, where the stalls are bigger and he can comfortably monopolize two places without annoying other drivers.

Otherwise, said Mr. Massoudi, you “come back to the people ringing and breaking down your doors.”

America’s love affair with giant vehicles continues to grow, as do the headaches associated with trying to park them.

Many downtown garages and parking lots sprang up in the late 1970s and 1980s when sales of small cars were on the rise. The standard US parking spot – about 8 to 9 feet wide and almost 18 feet deep – has changed little since then.

Meanwhile, the vehicles themselves are swelling in size, with many models getting wider, longer and taller with each new generation.

“You have two trends going in opposite directions,” said Trent Lethco, a consultant with engineering firm Arup who works with cities and planners on parking and other transportation issues.

Amanda Collins, a Michigan native who lives in New York City, said she once had to climb out of the trunk of her Jeep Wrangler to get to the driver’s seat because her SUV was so well propped up.

“I was so close to the wall on the right side. It was 1 or 2 inches, ”recalls Ms. Collins, 25, who at the time parked her Wrangler in a garage in Birmingham, Michigan. “Then, on the left side, someone pulled up 2 inches from me.

She said she ended up leaving a note on the other vehicle – a Jeep Grand Cherokee, a bigger SUV – berating the driver for pulling into a place that “you knew was too small.”

SUVs began to gain popularity in the late 1990s, and sales of heavy-duty passenger trucks held steady from the early to mid-2000s. When the economy collapsed later in the decade and As gasoline prices soared to over 4 gallons, many buyers have abandoned their SUVs for smaller, more fuel-efficient cars. Now the pendulum goes back the other way.

Ford Motor Co., which recently announced it is phasing out several low-selling car models, expects nearly 90% of its sales in North America to come from SUVs and trucks by 2020.

Marcel Ralbovsky, owner of an F-150 pickup truck living in Las Vegas, is taking no chances. He said he kept a white bulletin board in his garage with “77 inches” written in big numbers on it. It’s the height of his truck.

“It’s a constant reminder to read the signs if I happen to take the truck to the track,” he said.

Mr. Ralbovsky once drove a Ford Expedition SUV in Seattle and had to park in “boonies” because the vehicle would not fit in the hotel’s underground garage. Now, when he hits the coast, he does so in his smallest Ford Edge crossover.

Drivers of smaller rides are also frustrated with pinching the parking lot. Taller trucks and SUVs block the view, park at odd angles, and make it difficult to get in and out. Bumps and dents are common problems, these drivers say.

In Detroit, where big trucks and SUVs dominate the roads, jostling for parking is a morning ritual in downtown garages where spaces are tight and the turning circle tight.

“You don’t have to have a Hummer to be affected by this,” said Michael Davis, 47, who owns a compact Mazda 3 hatchback.

Often times he will see drivers blocking traffic trying to force trucks and SUVs into undersized places, a process that can take multiple attempts. “It literally becomes a line of 20 cars,” Mr. Davis said.

Alondon Richard, 25, who parks his Chevy Malibu sedan in the same garage, said the seats are so thin and the cars so tight that the disembarkation is a “kind of limbo”.

He should carefully crack his car door the right amount and then sneak in from behind without hitting the vehicle stuck next to his car.

“It’s stressful,” said Richard, who is 6 feet tall. “The other car is dirty and it’s getting over your clothes.”

About a month ago, he returned to his car to see a one inch long gash in the fender. “After a long day at work, it’s like someone is hitting me,” he said, “and now I have to deal with that too.”