Paris is to cut around half of its 140,000 parking spaces as part of a program by Socialist Party mayor Anne Hidalgo to make the city more friendly to pedestrians and cyclists.

The figure of 70,000 was announced by David Belliard, deputy mayor in charge of transport, mobility and the transformation of public space.

Residents of the French capital will be consulted on how they want the new space to be used.

Belliard tweeted that it was a priority to “protect the most vulnerable people in public space, and in particular pedestrians”.

Hidalgo was reelected to a second term earlier this year at the height of the Covid-19 pandemic, and the plan is to reallocate parking spaces to other uses by the next election.

Supported by Greens like Belliard, Hidalgo has placed transport and pollution at the heart of its campaign through the concept of “city in 15 minutes”.

It is a city where people can satisfy all their needs – food, work, leisure, culture, etc. – less than 15 minutes on foot or by bike from their home.

During the election, Hidalgo said: “It’s out of the question to think that getting to the heart of the city by car is any solution.”

In her victory speech on election night, she told supporters, “You have chosen a Paris that can breathe.” 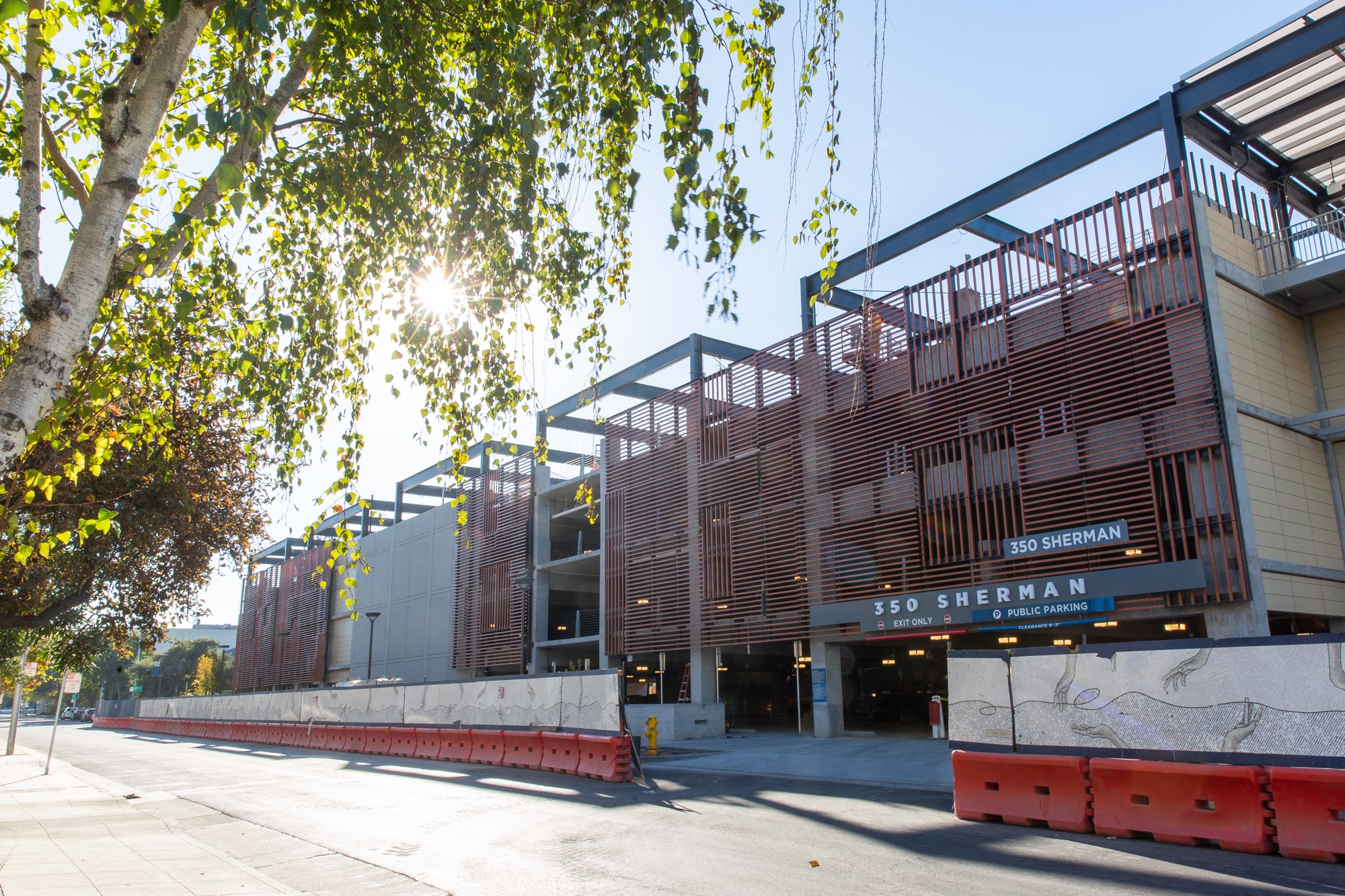 When the new Palo Alto parking lot near California Avenue opens to the public next month, it will stand out both as one of the largest structures in the city’s “second downtown” and as a visible symbol of the city. the city’s changing approach to parking space management.

For area employees, the new focus will mean paying significantly more for parking permits in public lots and garages and potentially losing the right to park on neighborhood streets for more than two hours in total.

For residents of the adjacent neighborhoods of Evergreen Park and Mayfield, this will create a new requirement that they will have to purchase residential permits to park near their homes – permits that are free since the Residential Preferential Parking Program (RPP ) debuted in early 2017.

The policy changes, which the city council plans to discuss on Nov. 9, call for a reduction of 120 in the number of preferential residential parking permits the city sells to employees in the California Avenue area in March, when the new sales cycle. will begin. A new report from the Office of Transportation says the move will be part of a multi-year process to eliminate all employee permits and create a system in which only residents are allowed to park on neighborhood streets for longer. two hours.

The new report notes that staff are beginning a “phased process to potentially eliminate all remaining employee permits” in the Evergreen Park and Mayfield neighborhoods and plan to recommend further reductions in March 2022.

The new plan represents the most significant change to Evergreen Park-Mayfield’s permitting program since council adopted it in response to years of complaints from residents about the high number of employees parked on their streets. Since then, the council has made numerous changes to the program, implementing and then refining a zone system with a specified number of work permits in each zone in an attempt to distribute the impact throughout the RPP zone.

The new six-story garage at 350 Sherman Ave. offers the city an opportunity for even more radical change. The $ 37 million structure will bring 636 spaces to a neighborhood historically hampered by parking shortages and long waiting lists for employees seeking permits to park in existing garages. According to transportation staff, the waiting list now numbers around 228 employees.

While the COVID-19 pandemic has effectively eliminated this problem, with many employees now working from home and the city not enforcing parking restrictions in the shopping area, the new report says the city is staying the course with its plan to move more employees out of neighborhoods and in off-street parking lots, including the new garage.

According to a city proposal, the two upper levels of the new garage will be reserved for employees on weekdays until 11 a.m., after which visitors will also be allowed to park there. The approach, according to staff, provides space for the 120 employees who would no longer be allowed to park in the Evergreen Park and Mayfield neighborhoods and for those on the waiting list for garage permits.

The Sherman Avenue garage will have sensors on the upper levels to monitor all entrances and exits. If a car does not have a valid license, the system can automatically send an alert to enforcement personnel, according to the report.

The proposed change to the Evergreen Park-Mayfield program is part of Palo Alto’s larger change to make it more difficult for employees to park on residential streets. Last year, the council responded to concerns about parking shortages in a section of the Old Palo Alto neighborhood near California Avenue by enacting a new RPP program area that does not include employee permits. While the Old Palo Alto program was introduced on a “pilot” basis for 12 months, city council voted on October 5 to make it permanent. In doing so, the council rejected a staff recommendation to extend the pilot program for one year in order to collect accurate data on vehicle occupancy.

Transportation chief Philip Kamhi told the council the pandemic has made it impossible for staff to assess the results of the program, which the city stopped implementing in March.

“The initial community contribution was mostly positive, but COVID-19 prevented staff from carrying out the promised assessments as was done for previous RPP programs,” Kamhi said.

Neighborhood residents overwhelmingly supported making the program permanent without any further extension of the trial.

“The residents are happy with it,” Chris Robell, who lives in the area and helped establish the program, told council. “They are happy to be protected from not being commercial parking. We ask that you please approve it and be done with it.”

While three council members – Mayor Adrian Fine, Alison Cormack and Liz Kniss – initially supported expanding the pilot program, the other four members preferred to make it permanent without further evaluation. City Councilor Lydia Kou said it would give “peace of mind” to residents who have gone through the process of implementing the program.

“I don’t think they should live with that thought, wondering as they get closer to the end of this year in October… if this is going to become an ongoing program or if it is going to be phased out.”

The board ultimately voted 6-1, with Fine dissenting, to make the program permanent.

A 36-unit, four-story residential building with 16 on-site parking spaces is proposed for a vacant lot at 5071 N. Northwest Hwy., Across from the parking garage at the 16th Police Station (Jefferson Park).

Normally, the proposed B2-3 zoning would not allow more than 29 residential units on the approximately 11,400 square foot parcel, but according to the city’s transit-focused development guidelines, the maximum would be 39 apartments. The TOD guidelines, which aim to encourage dense projects near transport hubs, also reduce parking requirements. Normally one parking space per unit is required, but this is waived for TOD sites.

The property was rezoned to RM-4.5 in 2007 for a 14-unit condominium with 14-space underground parking, but was never built due to a downturn in the property market at the end of the years. 2000s.

The current proposal provides for two garages for three cars and 10 outdoor parking spaces on the site. At one point, the proposal called for 39 units, but was later reduced to 36. 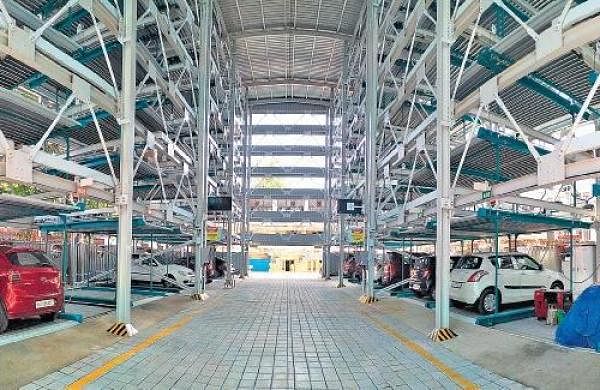 THIRUVANANTHAPURAM: For years, the municipality had struggled to find adequate parking spaces to prevent illegal parking of vehicles along roads and on sidewalks. The multi-level parking lots set up are a blessing as more vehicles can be accommodated. Company officials said further steps were being taken to implement similar parking projects in the city.

“The lack of adequate parking in the city is a growing concern. The pandemic has led people to avoid public transport, leading to an increase in the number of private vehicles. Multi-level parking is a good option to solve parking problems and requires less space, ”said Mayor K Sreekumar.
A multi-level parking lot built as part of the central government’s Atal Mission for Urban Rejuvenation and Transformation (AMRUT) on the premises of the Palayam municipal office was recently opened to the public. The 5.64 crore project is a seven story parking lot that can accommodate 102 cars at a time.

“Finding a suitable place to park vehicles in town is often difficult. Vehicles also tend to get damaged when parked on the side of roads. Building more multi-level parking lots will not only solve the parking problems, but also help avoid such situations, ”said Santhosh Kumar, a resident.

The car park in the premises of the head office is equipped with sensors placed at the entry point which calculate the weight and dimensions of the vehicles according to which an appropriate space is allocated for parking. The driver can then leave the vehicle and exit the ramp after which he locks himself in the space allotted to him. When exiting, the driver will be able to know the time taken for the car to be brought to the ground by swiping the card.

Authorities plan to add multi-level parking lots. A 32 crore parking lot at Palayam at A Block can accommodate 568 cars and 270 two-wheelers. “The installation of Palayam will be completed in 15 months. The renovation of the market will start soon as part of the Smart City project, ”said Mayor K Sreekumar. A similar multi-level facility is being built at Thampanoor on the company’s existing parking space opposite the station.