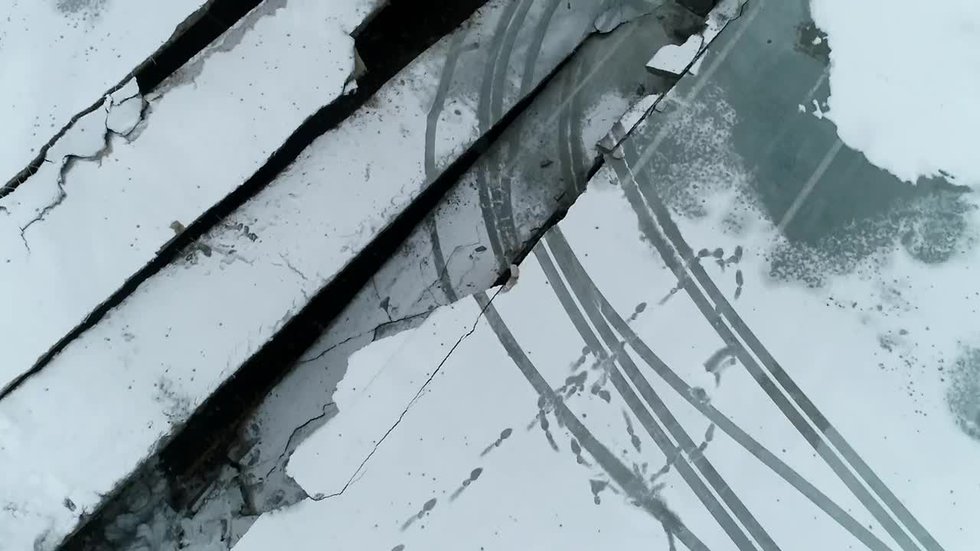 LEXINGTON, Ky. (WKYT) – The weight of three balls of snow and ice can break tree branches, knock down power lines and cause part of a parking lot to collapse.

Crews worked on the scene of a partially collapsed parking lot in downtown Lexington.

The upper deck of a structure on the High Street gave way early Thursday morning. No injuries were reported.

Thursday evening, the crews concentrated their work at ground level. Our Shelby Smithson hadn’t seen much on the upper deck since crews put up a fence separating the collapsed section and positioning a crane.

The Webb Companies own the BB&T parking lot in downtown Lexington.

In a press release, The Webb Companies announces its intention to stabilize and repair the structure immediately:

Building Ownership has engaged architects, engineers and consultants to assess the structure and make recommendations on site stabilization and will immediately begin repairs to stabilize the structure. While taking these necessary measures, we will endeavor to limit traffic disruptions.

“We received a call a little after 5:00 am this morning indicating that a few spans had failed. And it compromised the garage, ”said Ross Boggess of Webb Companies.

Shortly after the upper deck collapsed, crews were in the building with equipment to stabilize the site. They say it’s crucial to make sure it doesn’t collapse further or damage surrounding buildings.

“The city condemned the structure, so we are currently working on remediation efforts. Trying to make sure that we are handling things as quickly and as responsibly as possible, ”said Boggess.

The city center may have temporarily lost around 250 parking spaces, but authorities are just grateful that no one was injured.

You can see on our WKYT Sky Eye drone video that the structure will not be used anytime soon: 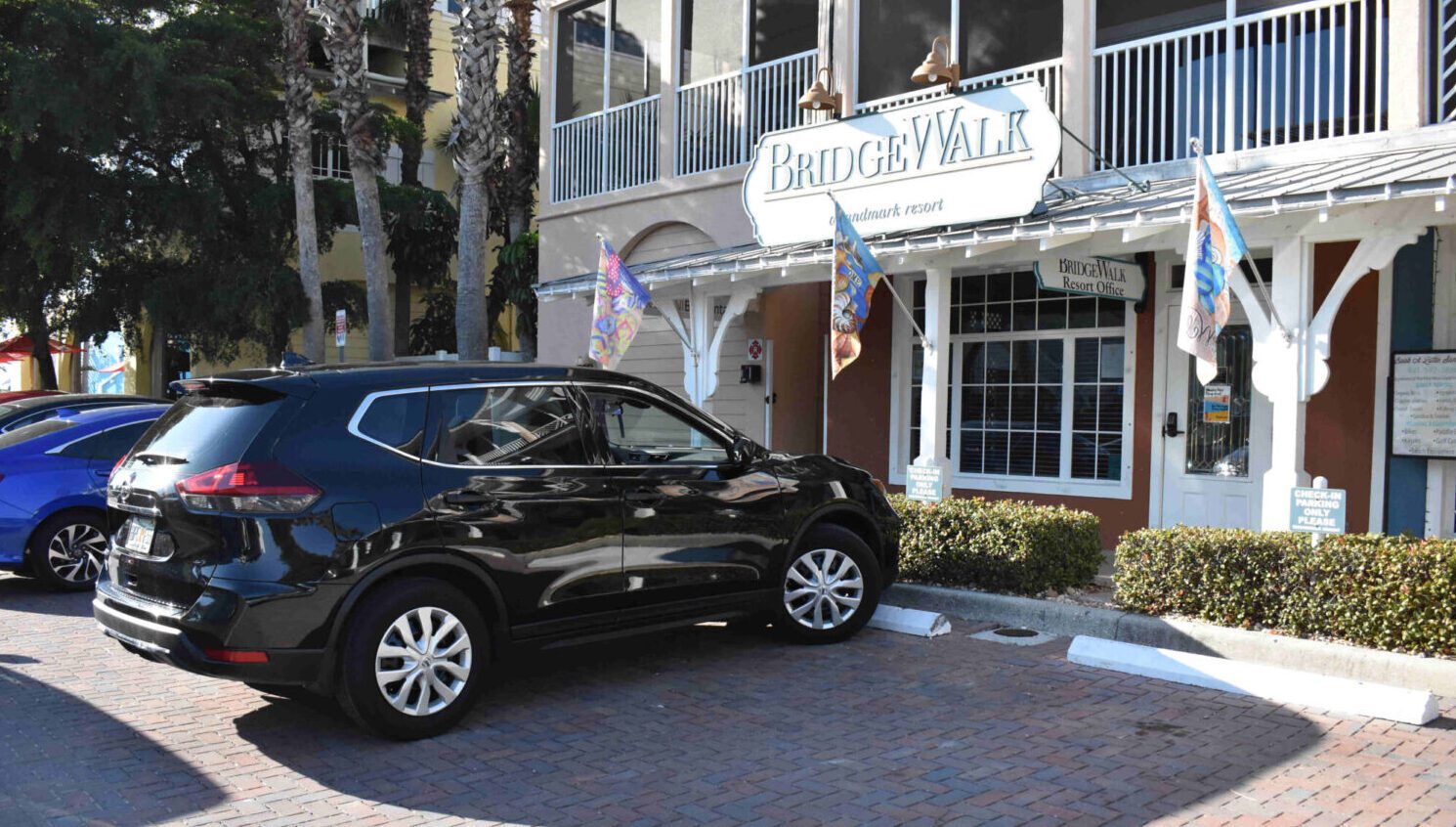 BRADENTON BEACH – Drivers should pay close attention to signs when parking in front of the BridgeWalk complex in Bradenton Beach.

BridgeWalk complex owner Angela Rodocker has received additional assurances from the city regarding her exclusive use of three Bridge Street parking spaces. On Thursday, January 21, the Bradenton Beach City Commission passed Resolution 21-940, a resolution that codifies in writing the verbal agreement that Rodocker and his late mother, Barbara Rodocker, entered into with the city regarding the development of the BridgeWalk complex and retail stores. In 2000.

The three parking spaces along the 100 block of Bridge Street have long been designated for the exclusive use of BridgeWalk complex guests upon check-in, but this exclusive use is often overlooked by others looking for a parking space difficult to find, especially on weekends.

The resolution passed by the city further supports and clarifies the development approvals granted in 2000.

Presenting the resolution to the City Commission, City Attorney Ricinda Perry said, “This parking agreement is not a new approval. This was a use that had already been granted and verbally approved, but somehow missed – we could arguably say it was a scrivener’s error – in the final approval prepared by the attorney. at this moment.

Speaking to the commission, Rodocker said: ‘The reason it even happened is because I kept dealing with people parking there. From the beginning, I always believed that BridgeWalk had exclusivity on these three spots, and that’s what I think should be honored.

Rodocker said some drivers in the community had a poor impression of the public’s use of reserved parking spaces along Bridge Street. She said she recently had to call the police in response to an ensuing verbal confrontation with a man who questioned BridgeWalk parking restrictions.

“My staff have had to deal with this for years, so I want my signage to be strong and will fill it in – which means it’s going to be uncomfortable for some local people for a little while,” Rodocker told the commission. . .

“There has been way too much verbal stuff between my staff and people. There are so many communication problems, even for the police department. Guys don’t even know what to do if someone parks there and I call. We just need clarification,” Rodocker said.

Rodocker offered to make the three reserved check-in spaces available to the public during off-peak hours, similar to the after-hours parking allowances provided in the post office parking lot.

Police Chief Sam Speciale said it would be easier for his officers to enforce a parking ban that remains in effect at all times, so BridgeWalk station parking restrictions will be in effect 24 hours a day. 24, seven days a week.

“That way, there’s no doubt about the purpose of these three places. That way Angela doesn’t have to take care of people and it’s easier for us to take care of her,” Speciale told the commission.

The commission unanimously supported the request for resolution and the station’s need for the three reserved parking spaces.

Those who continue to park improperly in reserved spaces now do so at the increased risk of being ticketed and possibly towed away. When contacted later, Rodocker said she would soon be adding new signs that would reinforce the existing signs that read “Check-in for parking only, please”.

“I am so happy that we are going to solve this problem. The last thing I want to do is have someone’s car towed, but we might have to do that to get the message out,” Rodocker said.