Opening of 1,200 additional parking spaces in the city center thanks to APSU, in support of the F&M Bank Arena 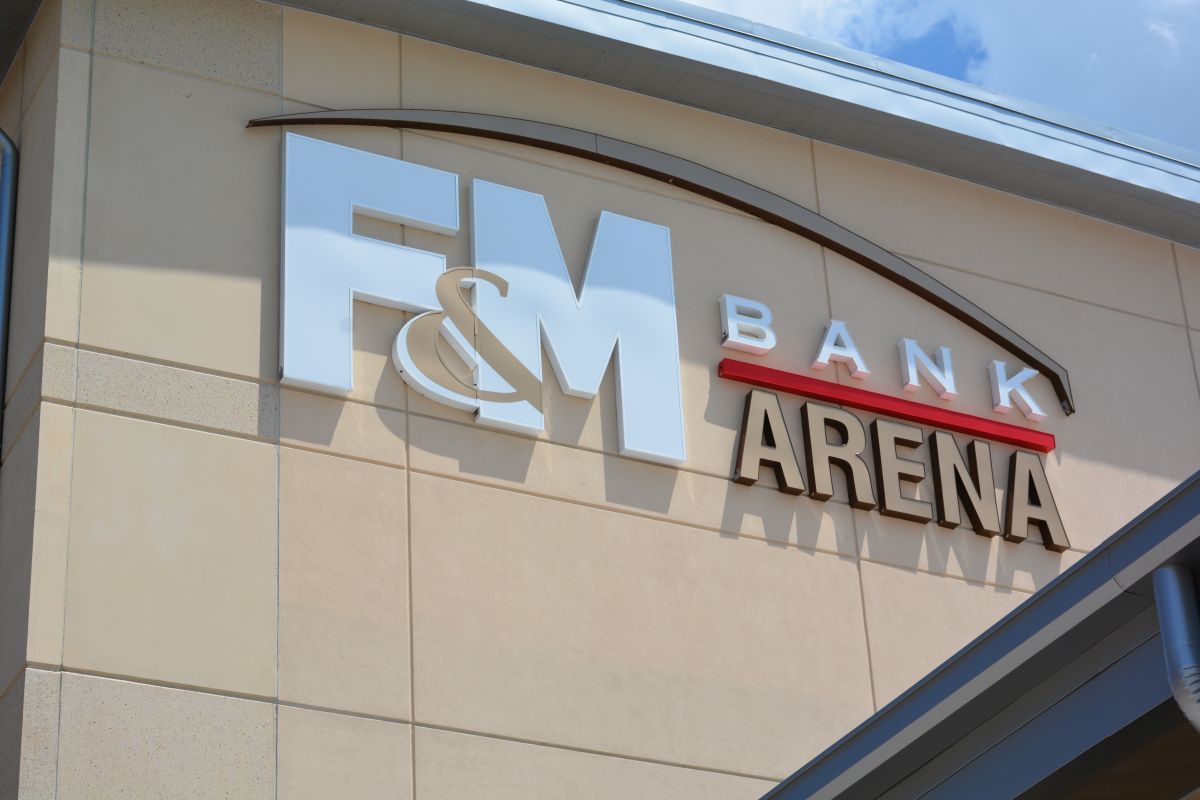 CLARKSVILLE, TN (NOW CLARKSVILLE) – Construction of two parking garages will begin soon, adding more than 1,300 new spaces to downtown Clarksville. While these projects are underway, parking may be an issue downtown for a few months after the 6,000 capacity F&M Bank Arena opens.

Local authorities are working to relieve parking while continuing to promote their commercial redevelopment districts. The latest move, courtesy of Austin Peay State University, will free up an additional 1,200 surface parking spaces within walking distance of the arena, for a total of 2,700 spaces.

What is a redevelopment district?

“Redevelopment districts are strategic areas within the city or county that are obviously not at their most invested use, and there’s usually a reason they don’t grow naturally,” Buck Dellinger, president and chief economic development officer of Clarksville-Montgomery Council county, said this week in a Clarksville’s Conversation podcast.

He noted that the reason these areas might not develop could be a structural problem or a lack of population density. In the case of downtown Clarksville, nearly half of the area is floodplain.

In order to attract business to these sites, a TIF (tax increase financing) district can be created to incentivize businesses to develop the land. Incentives could include repairing infrastructure or even expanding parking.

Dellinger explained that the goal of economic redevelopment districts is to attract more businesses that benefit from the tax base. He said parking is part of those local projects, but downtown is maximized on surface parking.

“Structured parking is kind of the key to that. Otherwise we just have a lot of parking lots and not a lot of development,” he said.

“We have three elements to support downtown parking for the F&M Bank Arena. Two structured garages and the Austin Peay surface parking lot that are all around College Street, Main Street and Franklin Street,” Dellinger said.

The parking lot in front of the F&M Bank Arena is expected to be completed in the winter of 2023-24, approximately six months after the arena opens. The project is supervised by the EDC and is expected to provide 720 additional parking spaces.

Another parking lot is being built behind the Roxy Regional Theater which will add approximately 580 spaces. This project is under the umbrella of the City of Clarksville and will connect to the existing Cumberland parking garage next door, according to Dellinger. Once construction is complete, approximately 800 places will be available.

From a certain point of view, this should meet the immediate needs. “We had consultants work out how many parking spots you need for a 5,500-seat arena, and it was around 1,250.”

But Dellinger said that figure does not include parking the additional 300 people who will work in the arena during an event. Plus, there are all the other downtown retail and food outlets that will require parking.

Ultimately, approximately 2,700 spaces will be available for the arena and other downtown visitors between the parking lots and APSU spaces:

But with the F&M Bank Arena hosting its first event in July 2023, six months before the parking lots open, there will be some initial parking issues.

“If there is a sold-out event, it would be at capacity,” Dellinger said at an EDC meeting earlier this month.

A worst-case scenario could include an event in which there is a sold-out event at both the arena and the Roxy Regional Theater, resulting in parking congestion. But Dellinger explained that preparing for these kinds of situations, such as building 5,000 parking spaces for example, is ultimately not worth the cost.

“If that happens, then we will find out. Otherwise you kind of overbuild,” he said in the podcast. “By the way, the cost of a structured parking spot is around $15,000 to $20,000 per spot. So (if) you’re building over 100 seats for this event every five years, that’s a lot of money.

Vehicles remain stuck in a downtown Baltimore parking lot months after the second-story ramp partially collapsed and blocked the entrance with concrete debris.

“Steps to stabilize the bridge are now complete,” a spokeswoman for Banyan Street Capital, a Miami-based real estate firm that owns the 45-year-old garage, said in an email.

The parking lot at 1 E Pratt St. partially collapsed at the entrance to the garage in late July. There were no injuries, damaged cars or cars stuck under rubble at the entrance.

Most of the building was stable, but there were 50 vehicles stuck in the garage days after the collapse. Owners are now awaiting clearances to remove vehicles from the upper level, the spokeswoman said.

“Plans are underway to allow Tier 1 and Tier 2 vehicles to be retired and will hopefully be done in early October,” she said. The cause of the collapse has not been shared.

The garage is managed by SP Plus Corp., a Chicago-based parking lot management company, which addressed questions to Banyan Street Capital on Thursday.

Structural engineers from the City of Baltimore oversaw the temporary shoring of the three-story garage immediately after the collapse. The fire department last inspected the garage in July 2017 and determined it met the city’s fire code. It was built in 1977.

Jason Hessler, deputy commissioner of permits and litigation for the Department of Housing and Community Development, said motorists were not allowed to take their vehicles out of the building.

Drivers with cars in the garage will have to wait for Standard Parking Plus updates to find out when they can pick up their vehicles.

Oneida County has released renderings and a site plan for the proposed Wynn Hospital parking garage in downtown Utica, but an assortment of delays will cause the structure to open several months after the hospital, causing its own parking problems.

According to information provided by the county, Wynn Hospital is scheduled to open in October 2023, but parking will not be completed until March 2024.

“It was always the intention…that the garage would open at the same time [as the hospital]Oneida County Executive Anthony Picente Jr. said at a press conference outlining the plans for the garage.

Other downtown parking lots and possibly shuttle employees from other areas belonging to the hospital system are in the mix.

“More to come on that,” Stromstad said. “It’s still months away.”

About the car park

The parking garage is planned to be located at Oriskany, Lafayette and Cornelia streets. All of the properties within the proposed footprint were acquired by the county, following prominent estate lawsuits.

Oneida County’s five-level parking lot will accommodate 1,330 vehicles, with approximately 1,050 spaces dedicated to hospital needs and 280 available for the general public, according to the county’s unveiling Thursday.

Stromstad said the hospital system would lease the county’s parking spaces, and Picente said there would be a cost for the general public to use the garage. Neither provided numbers.

The ground floor, along with approximately half of the second floor, will provide public parking for people visiting the hospital or other downtown destinations. Part of the ground floor will also be reserved for visitors to the emergency room.

The remainder of the second floor, as well as all parking lots on the third, fourth and fifth floors, will be reserved for hospital staff parking.

The building’s electrical service is sized to accommodate a capacity of 280 EV charging stations in the future.

The parking garage will contain five elevators strategically located to serve the hospital’s main and emergency entrances, as well as the Adirondack Bank and Nexus Centers and other local destinations.

The exterior will be clad in precast concrete panels with lighting along Oriskany Street that can be programmed to coordinate with downtown events.

The garage will also feature an air-conditioned pedestrian corridor that connects the hospital’s main entrance to the ground floor parking lot.

A helipad that will service the emergency transportation needs of the hospital will be located above the final parking level at the top of the structure.

March Architects and Planners are managing the project, Picente said, noting that the firm has done other work for the city in the past.

“We think it complements the exceptional look of Wynn Hospital,” Picente said of the parking lot design.

The county saw the price associated with parking increase by $12 million this year alone. The garage will now cost $55.8 million, according to figures provided by the county.

The proposed project increased by $2 million in June due to higher than expected labor and product costs.

In February, the project received an additional $10 million increase as Utica canceled an original agreement to provide parking spaces in the Kennedy Garage, forcing the county to increase the size of the garage to accommodate an additional 350 spaces and a helicopter pad, according to correspondence between Picente and the Oneida County Board of Legislators.

Utica officials hit back in February, saying it had not backed out of providing space to Kennedy at the Mohawk Valley Health System and noted that the potential buyer of the Kennedy garage could even possibly build additional levels of parking in the garage that could be used.

The county is covering $30,900,000 of the total projected cost of the garage, with the rest covered by state and American Rescue Plan Act (ARPA) funding, according to capital projects reports.

The county has been viewing and working on plans for the proposed parking lot since 2016.

In 2018, Empire State Development awarded the $10 million award, which at the time was split into $7 million for the county and $3 million for Kennedy Garage.

The county went back and asked the state to change the award after it said Utica had opted out, Picente said.

Utica’s pushback and the need to go through the court system with eminent domain were the main issues that delayed the project, Picente said.

“We should have been in construction then,” Picente said.