50 vehicles remain stuck in a condemned parking lot in Baltimore; cause of ramp collapse still under investigation – Baltimore Sun 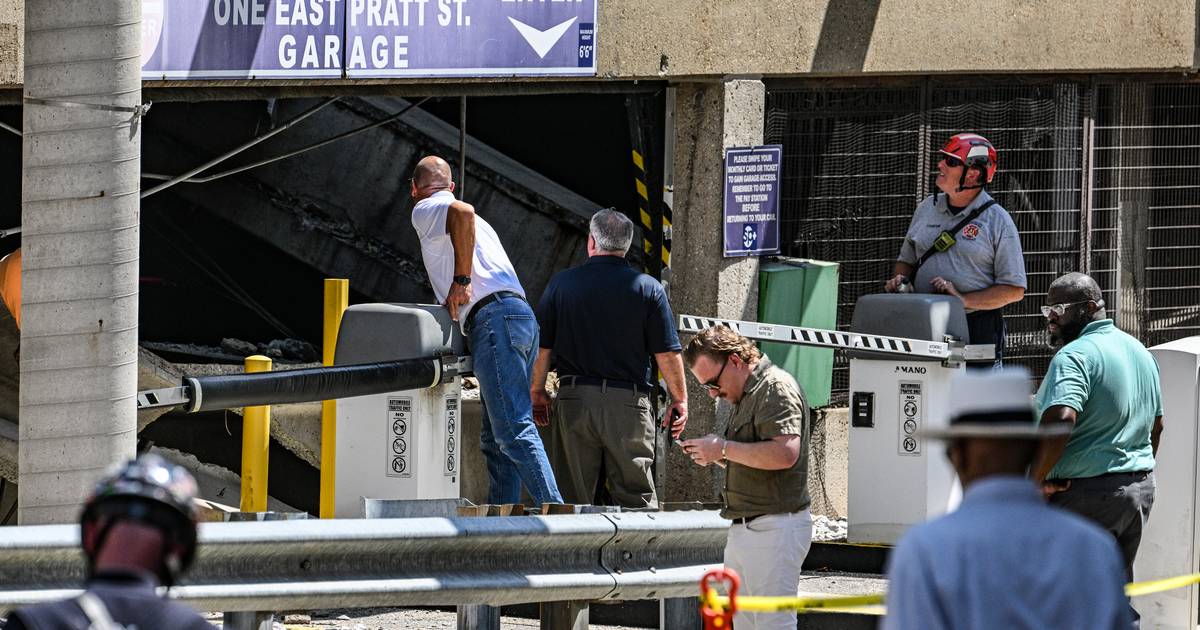 Fifty vehicles remain stuck in a downtown Baltimore parking lot on Monday after the garage’s second-story ramp partially collapsed on Friday and blocked the entrance with concrete debris.

The cause of the collapse is still under investigation. When and how the vehicles will be removed from the Inner Harbor condemned garage at 1 E. Pratt St. is unknown.

The 45-year-old garage is owned by Banyan Street Capital, a Miami-based real estate firm, which said via its public relations firm Monday that it plans to remove the vehicles “as soon as the structure is deemed safe by the City of Baltimore. .”

The company contacted a demolition crew to begin shoring up the garage deck – the first step towards removing the vehicle.

City of Baltimore structural engineers oversaw the temporary shoring of the three-story garage immediately after the collapse. Jason Hessler, deputy commissioner of permits and litigation for the Department of Housing and Community Development, said the garage will need to be stabilized before motorists can collect their belongings. They will not be allowed to take their vehicle out of the garage.

Get the latest news as it happens and find out about other must-see content with our free news alerts.

Until then, no one is allowed inside the garage except engineers assessing the property or construction workers stabilizing the garage.

“Debris removal, shoring and further assessment will be required before it can be determined how and when the vehicles can be removed,” Hessler said in a statement.

The right lane of South Charles Street will be closed indefinitely between West Conway and Pratt streets while the garage undergoes repairs.

No one was injured when a section of a concrete ramp crashed to ground level around 10 a.m. Friday. A driver had just entered the garage a few minutes before and had witnessed its collapse. No vehicle was damaged.

Baltimore City Fire Deputy Chief Dante Stewart said Friday that most of the garage remains stable and is not expected to collapse again. The fire department last inspected the garage in July 2017 and determined it met the city’s fire code.

The garage is managed by SP Plus Corp., a Chicago-based parking facility management company, which has directed questions to Banyan Street Capital.

“Most importantly, we are relieved that no one was injured and no vehicles were damaged,” said Jill Nagel, SP+ spokesperson.