A video shows a man wanted for scribbling a swastika in the parking lot of a gymnasium in New Dorp; Hate Crimes Task Force Investigating 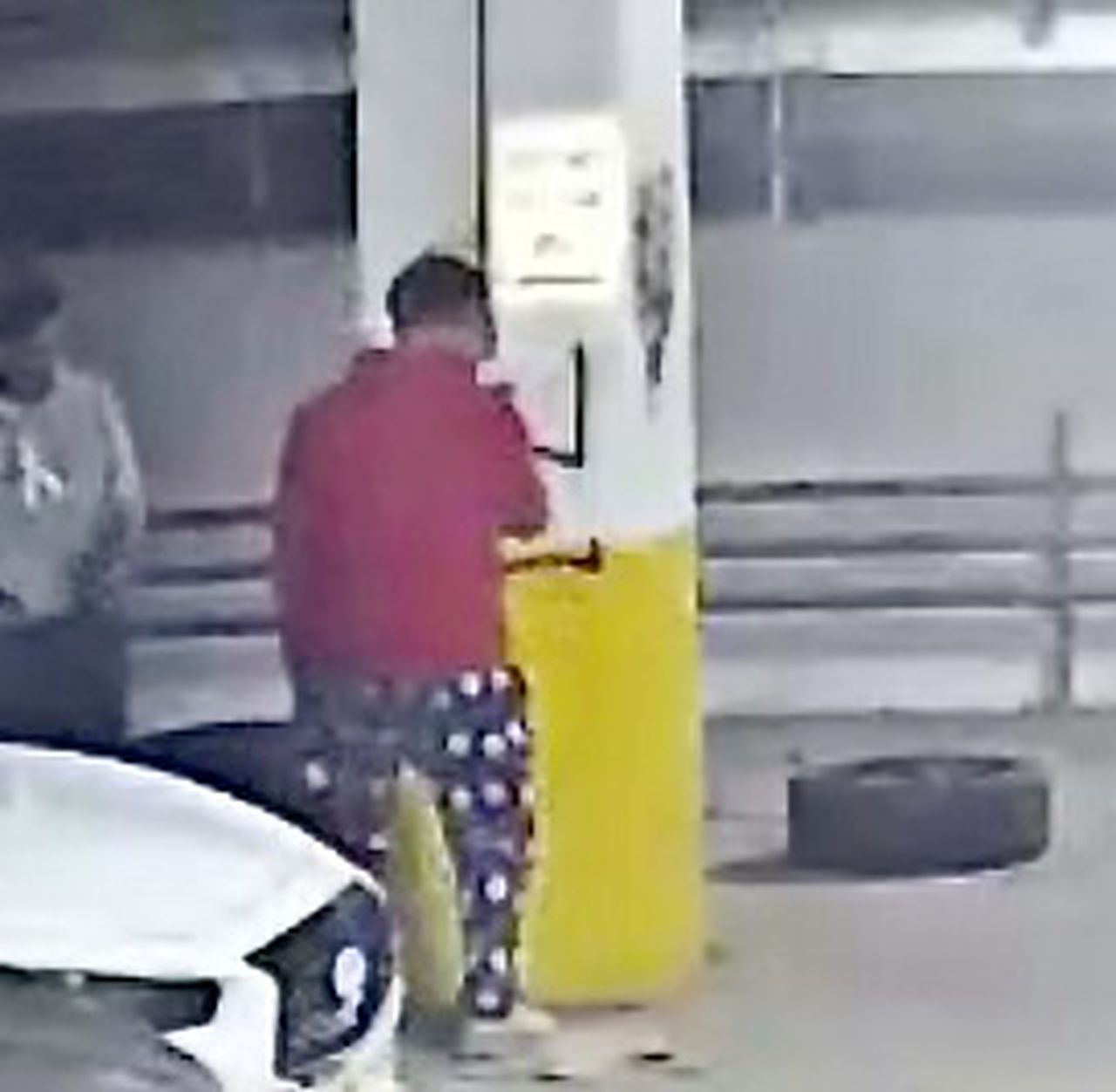 STATEN ISLAND, NY – The NYPD is asking for the public’s help in identifying a man wanted for questioning in connection with an alleged swastika that was drawn on a pillar in a parking lot in New Dorp.

The incident, which sparked a hate crime investigation, happened March 1 in an underground Retro Fitness parking lot at 2590 Hylan Blvd., according to a written statement from the NYPD Deputy Commissioner of Public Information. .

An individual drew a swastika on a support beam inside the parking lot before fleeing the scene in a dark gray Infiniti G37 four-door sedan, according to the police statement.

An investigation is being conducted by the Hate Crimes Task Force.

Police released surveillance video showing a group of at least four people inside the parking lot. One of the individuals, a man wearing a red hoodie and pants with a distinctive print, walks away from the group and appears to be drawing a black swastika on a white and yellow pillar inside the garage. The same man is captured talking on a cellphone in video provided by police.

Police have also released a photo of an Infinity they are looking to locate in connection with the incident.

Anyone with information regarding this incident is asked to call the NYPD Crime Stoppers Hotline at 1-800-577-TIPS (8477) or for Spanish, 1-888-57-PISTA ( 74782). The public can also submit their tips by logging on to the CrimeStoppers website at https://crimestoppers.nypdonline.org/ or on Twitter @NYPDTips. All calls are strictly confidential.