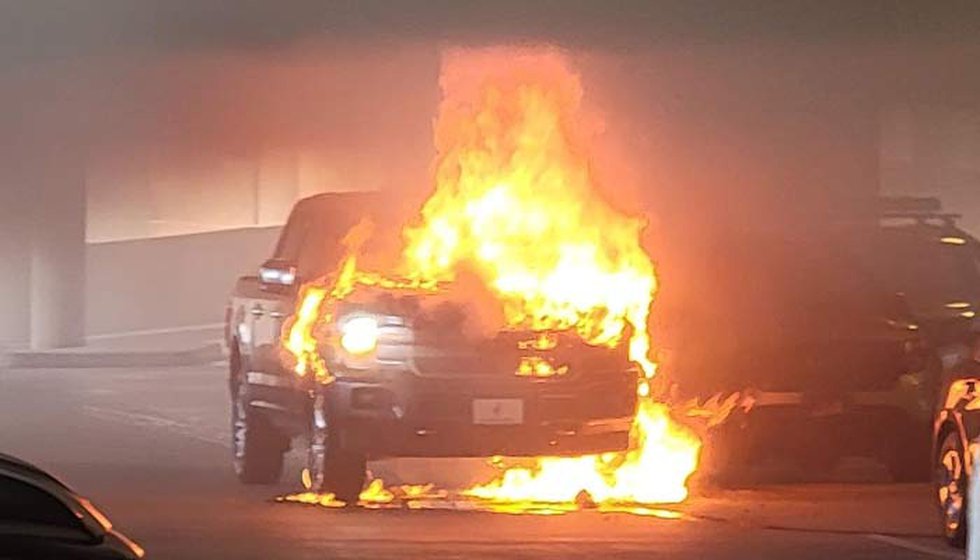 NORTH CHARLESTON, SC (WCSC) – Charleston International Airport officials are beginning to clean up the aftermath of two vehicles that caught fire in their parking lot.

The North Charleston Fire Department said on Twitter that it was on the scene at Charleston International Airport just after 11:30 a.m. Thursday.

Deputy Chief Stephanie Julazedah said two vehicles were involved in the blaze and one firefighter was slightly injured and was taken away by Charleston County Emergency Medical Services. No other injuries were reported.

The blaze was escalated to a structural fire when a North Charleston Deputy Fire Chief first arrived on the scene and then other units were on their way. The Charleston County Volunteer Rescue Team and the Charleston County Emergency Department also responded to assist during the incident.

“The driver was able to exit the vehicle and contact emergency services,” Pryor said.

North Charleston firefighters say the fire started when this driver’s engine caught fire on the second floor of the Daily Parking Deck.

Following the first vehicle, a second vehicle also caught fire, according to Pryor. It was also extinguished, but not before several other vehicles in the area were damaged by the fire.

The daily garage is now open for passengers to park, except for two areas on levels two and three. The airport also says it will start trying to contact the owners of the vehicles.

Airport officials assessed the area for any possible damage to the garage.

The developer offers an 8-storey parking garage with housing