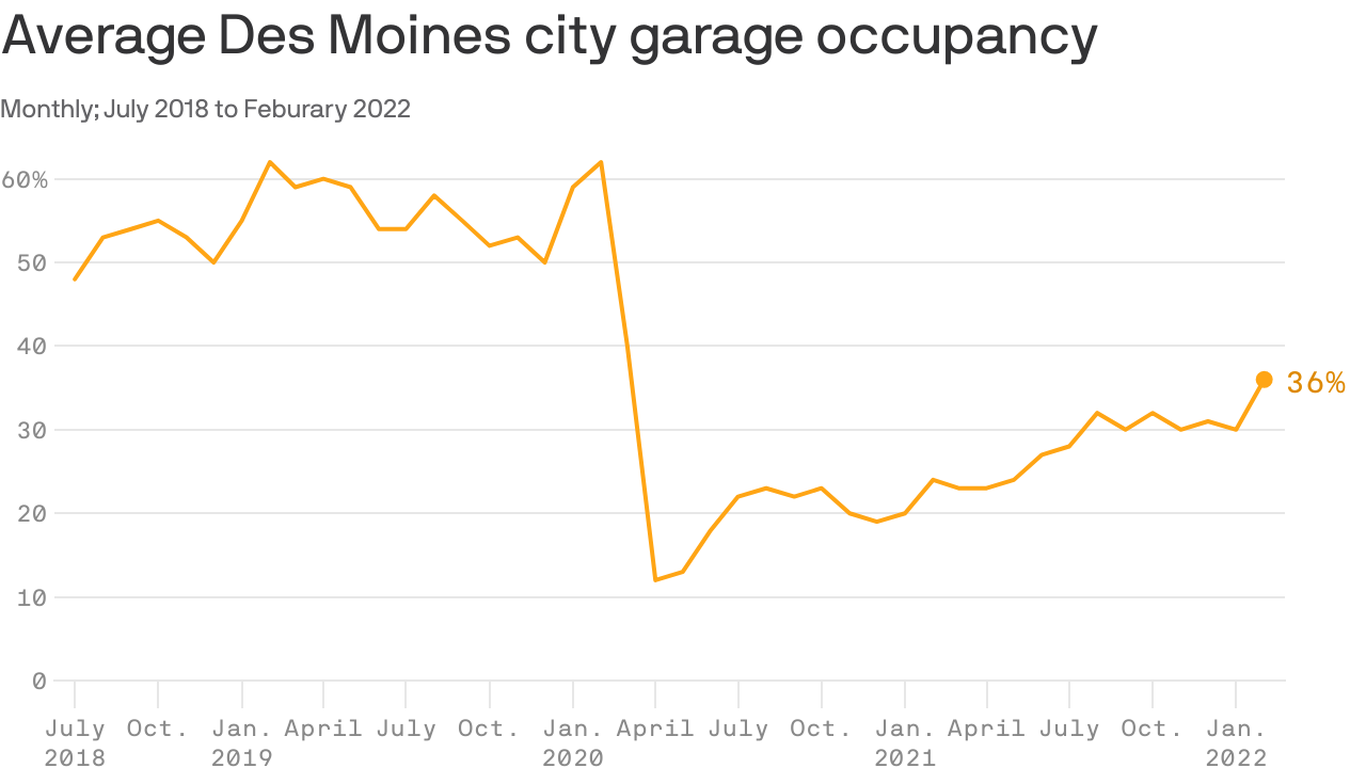 Occupancy rates at municipal garages in Des Moines have only partially recovered from a steep decline during the pandemic.

Why is this important: This costs the city millions of dollars in annual revenue.

By the numbers: Parking lot revenue grew from just over $7 million in the fiscal year that ended June 2019 to $4.2 million in 2021, according to city data.

What they say : City officials said in a budget submission in February that they don’t expect Des Moines to see a full recovery of the parking system for at least two years.

To note : The city’s eighth and newest garage — a $42 million structure near 5th and Walnut streets that opened in July — isn’t included in the latest earnings report.

No stories could be found

Get a free daily digest of the most important news in your backyard with Axios Des Moines.