How should Norwalk redesign the Yankee Doodle parking lot? 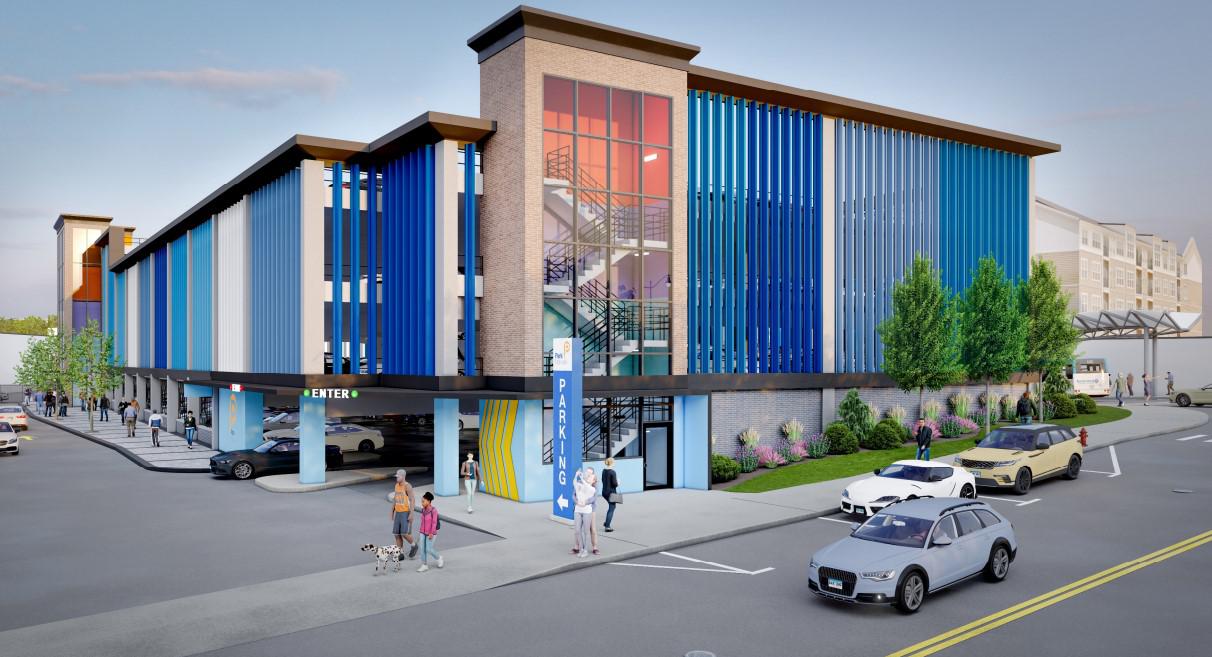 The city held a public event this week at the Wall Street District parking lot for community members to view the proposed paint colors and remodeling of the structure and discuss what they want to see done with the area.

“We got good guidelines from people who were there to set up. We’re going through some of the notes tonight,” Travers said Wednesday morning. “We really heard the desire to have it look nicer and the lower level brighter. We are looking at putting a canopy over the entrance and exits and seeing how to increase the lighting there. We have heard a lot about lighting.

Two main designs offered to public opinion are to cut the concrete ribs of the first floor of the garage, brighten and open up the space. Both designs paint the exterior of the garage in different shades of blue or paint the building in rainbow colors, Travers said.

With both designs, the garage will receive a pressure wash before work begins and the removal of the first floor ribs, Travers said. There is no cost difference between the two models, he said.

Both designs also plan to paint the interior of each level a different color, which will make it easier for people to remember where they parked, Travers said. The project is expected to cost between $1.2 million and $1.3 million, he said.

“It was the most profitable. the others we were hiding the ribs,” Travers said. “We avoid long-term maintenance costs for the ribs and take advantage of what’s here instead of hiding.”

Since the garage, which was built in 1975, is somewhat underutilized, closing several parts at once for construction does not pose a major problem for operations, Travers said.

After gathering feedback on potential garage upgrades, the city intends to post an online survey next week to finalize design plans, Travers said.

The survey will remain open for several weeks, depending on the response rate from the public, and along with the two paint options, different landscaping and lighting designs will be chosen, Travers said.

“I think our wish is that we go through the design process towards the end of this year, and we would go out to bid, choosing a contractor to start in the spring,” Travers said. “With any luck, we’ll start construction in the spring and finish in the fall of next year. This brings us in line with what we see to intersect Belden and Mott.

The Yankee Doodle and Wall Street events were designed to involve the public in the decision-making process, city spokeswoman Michelle Woods Matthews said.

“Wall Street’s launch goal was to be interactive with the community, transparent, and to really engage with it right away,” Woods Matthews said. “So we had the same goals for this event.”

Flyers for the public inquiry will be posted in the Wall Street area in the coming weeks, along with online outreach related to the inquiry.