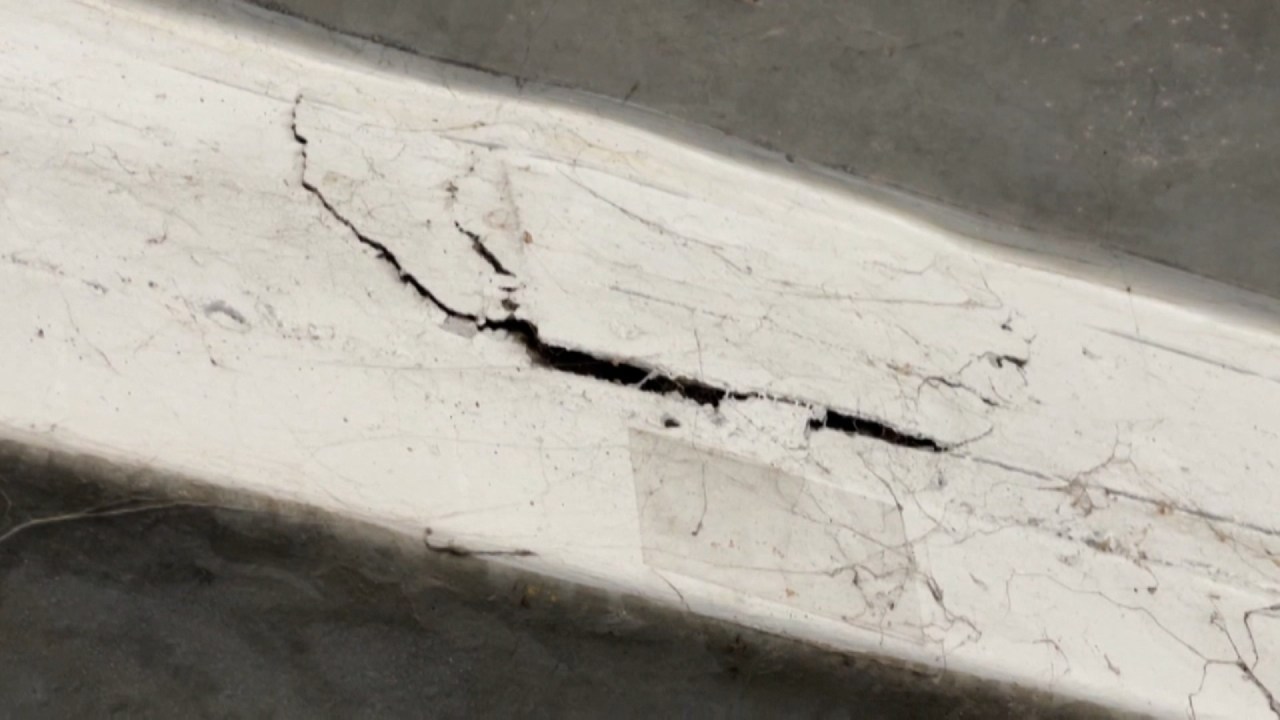 A 2021 inspection by a third-party engineering company revealed that the life of the structure had been cut short. The parking lot was built in the late 1980s, but county officials say it has fallen into disrepair due to “delayed maintenance.”

“The point is that it is a concrete and steel car park. We live in a very humid environment and there may have been a period of deferred maintenance which resulted in water intrusion in concrete, causing the steel to deteriorate,” County Administrator Dr. Scott Hopes said. “That assessment has been made and we have a few years before we need to take aggressive action.”

The structure remains in use as of now. County officials say it’s “safe to park.”

The engineering report dated December 2021 says inspectors found “multiple and extensive locations of hollow sounds, cracks and spalling” on the top and bottom of the garage. The third-party firm also suggested “major and invasive repairs involving the removal and replacement of concrete” and recommends that the work be completed within the “next 18 to 24 months”.

Dr. Hopes told a meeting on Tuesday that it was in the interest of the county and the taxpayers to tear down the existing garage and build a new one. The cost is estimated at $34 million.

No signs of trauma in Bradenton’s mother’s death, autopsy reveals

“The report made recommendations for the corrective measures needed for the car park, but that would only save us five to seven years of useful life where a new car park we can expect to get 50 or more years out of it,” said Dr. Hopes.

County officials say there is no official timeline for demolition or construction as plans are still underway. Dr Hopes said work could start late next year.

“Within a few years, it would become a security issue. We’re not there yet, so we’ll be spending the next 12 months designing a new parking lot and determining alternate sources for parking,” the county administrator said.