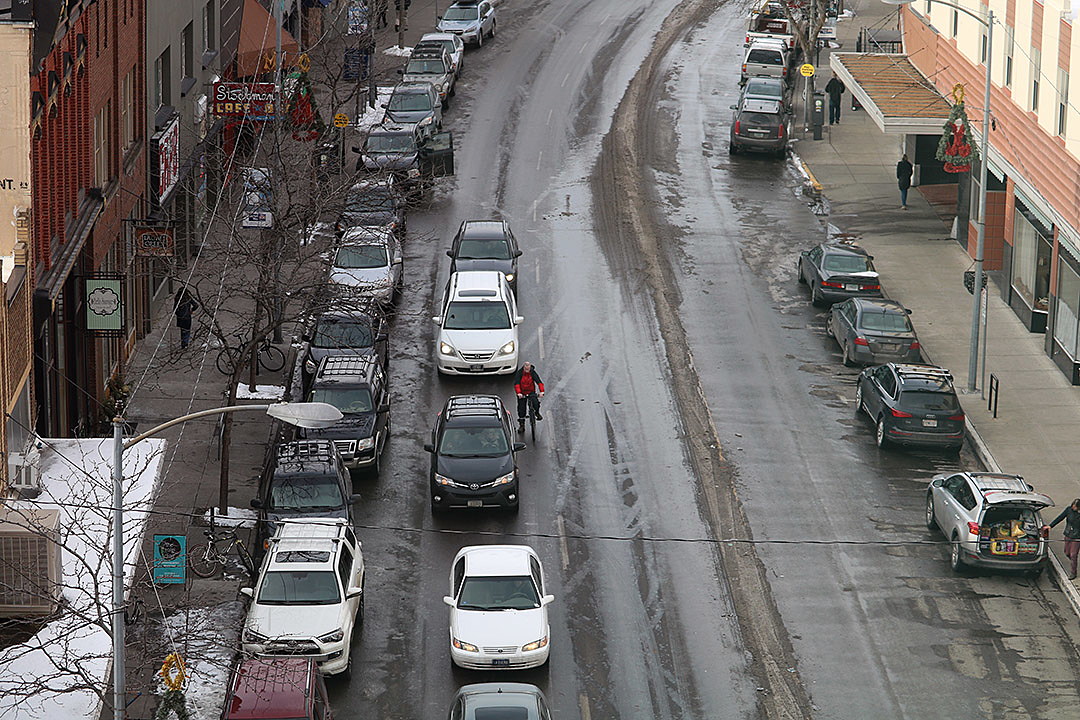 This is the first in a three-part series about the Missoula Parking Commission and its recommendations to the city for a new garage and expanded parking district.

Part 2: The logic behind a city-wide parking district

Part 3: Where to build a new parking garage?

Expanding its jurisdiction beyond the downtown district and funding a new parking structure are among the goals the Missoula Parking Commission is exploring as it seeks to manage parking in the future.

The parking commission hasn’t grown in 30 years, and members have likened its current approach to parking to a tail wagging a dog. The commission is now looking to take a more proactive approach to dealing with housing growth and costs, and finding the funding needed to align its goals with those of the city.

On Tuesday, the commission instructed staff to take the first steps to hire a consultant to review parking management, strategy and implementation for a citywide parking district, which could initially include the Hip Strip and the Riverfront Triangle, as well as some surrounding neighborhoods.

Wherever expansion occurs, city officials challenged the commission to think outside the box and prepare for the challenges that come with a growing city and its need for more housing.

Bickell asked the commission to consider an operation that is not funded entirely by parking revenue and enforcement fees. The expansion of the parking area also does not mean that a parking meter will appear in every neighborhood.

Still, Bickell said, expanding the parking district is something the city would like to see happen sooner rather than later.

“There is new interest through code reform for the parking commission to expand the boundaries to the entire city,” he said. “As our policy of growth forces us to look inward for housing – and our code reform bill sees parking as a tool to increase housing – we will need better tools to enforce parking in the neighborhoods.

This year, the city is set to begin reforming its building and zoning codes to streamline a number of goals and create a smoother, simpler building process. This should include changes to city codes regarding parking and the amount required for certain projects.

“The city already has a fairly progressive parking standard related to residential development. But we’re talking more about parking than housing,” Bickell said. “It would be nice to have more of this conversation about housing. Having a good, efficient system to manage this (parking) would help us achieve our housing goals.

Based on the findings of the consultant’s study, the commission would be the first to recommend the expansion of the parking area. This would be considered alongside other transportation plans. The final decision would rest with the city council.

While the whole city is at stake, commission members said the Riverfront Triangle, the Hip Strip and the Old Sawmill District would likely be considered first.

Parking garages have also been suggested for the Riverfront Triangle, the Hip Strip, the Old Mill District, and even Caras Park and City Hall. Funding for any of them has not been identified.

The current parking district is relatively isolated from downtown Missoula, and although an expanded district has been mentioned in the past, it has only now been set in motion. In a vote on Tuesday, the committee agreed that its aim was “to prepare for future opportunities that reflect and align with the city’s mission and goals,” including housing, climate, equity, and other issues.

While public on-street parking will be in play if the neighborhood is expanded, exploring partnerships with private parking could also be part of the equation.

“Looking at our mission, it has a very reactionary tone. I wish it was more proactive and more interconnected with the city and what’s going on there,” said Ian Ortlieb, director of the Missoula Parking Commission. “It’s being able to spot things that are happening and being more active, or proactive, in dealing with things that may arise.”

In 2021, Ortlieb said the Missoula Parking Commission brought in $2.4 million in overall revenue. In the first three quarters of this fiscal year, it has already grossed over $2.1 million.

Expanding the neighborhood could generate more revenue and relieve some of the challenges that will come with increased density and congestion. Commission members said they were up to the challenge.

Hundreds of semi-parking spaces on offer – The Daily Reporter