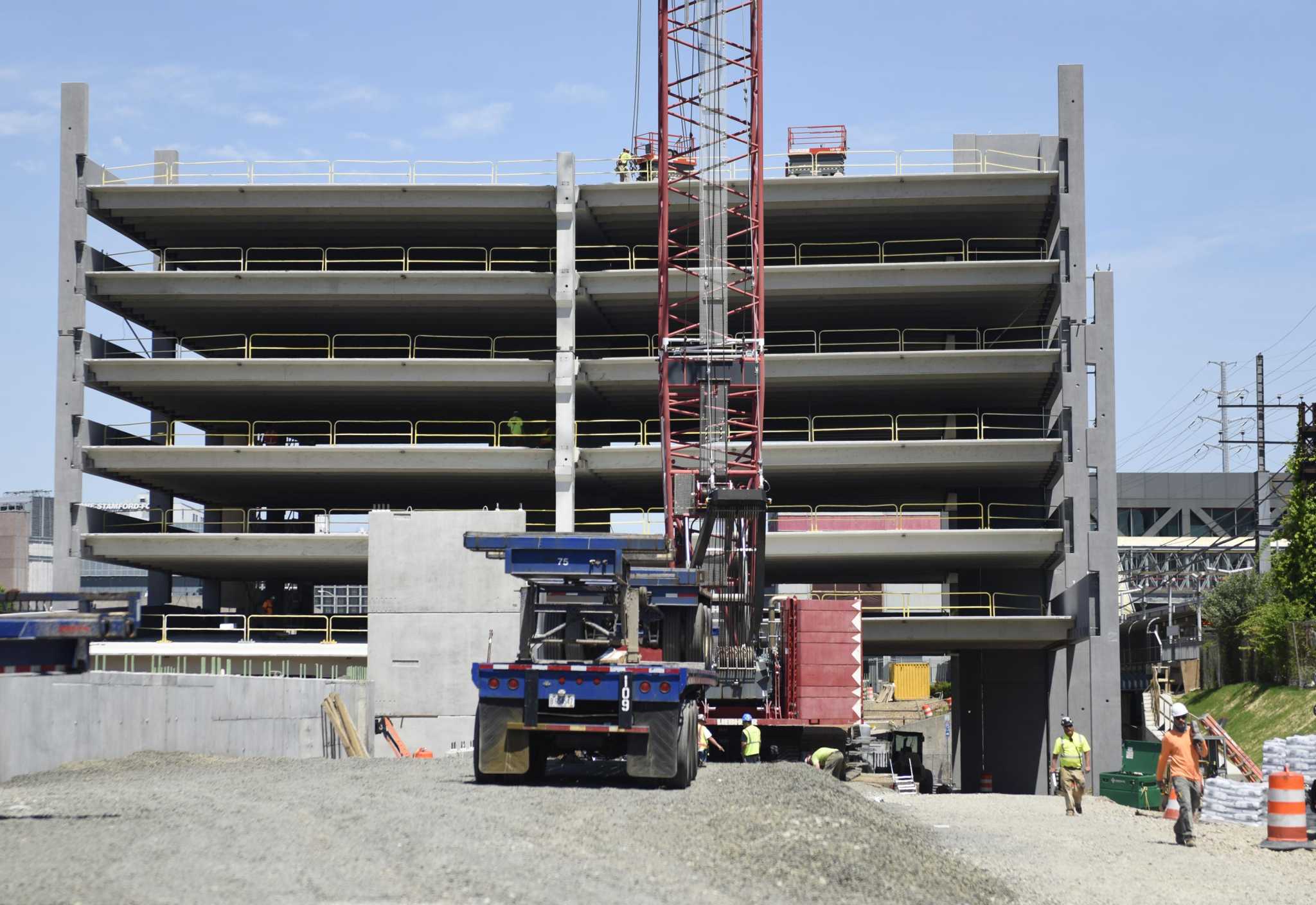 STAMFORD – One week there was not much to see of the waiting car park near the Stamford transport hub.

The next, the shell of a building jutted into the horizon.

Contractors are on track to complete the second stage of the nearly 1,000-space parking lot by September to serve one of the busiest stations in the state, the Department of Transportation spokesperson said. State, Josh Morgan, at the Stamford Advocate.

Every day, items are “brought in and dropped on site, much like building a puzzle,” Morgan said.

City and state leaders opened the $81.7 million, 928-seat building in October 2021 to much fanfare. The car depot is intended to replace a crumbling garage on Station Place, directly opposite the train station.

Both DOT and Stamford characterize the new garage as part of a plan to revamp an area near the station plagued by wider transportation issues.

The DOT this year began a master planning process for the Stamford Transportation Hub, floating options that included a dedicated carpool zone and pedestrian improvements in the process.

Morgan explained that the first year of the project involved a lot of work out of the public eye, such as drainage improvements and foundation work. But, at the same time, “hundreds and hundreds” of the necessary precast concrete slabs were created offsite, he said.

Upon completion of preliminary work on South State Street, the concrete slabs could be moved into place and construction could begin. And quick. Construction industry professionals claim that precast units speed up construction time by reducing common obstacles such as weather-related delays.

“So if you walk past it today and again this time…next week it’s probably going to be a little bit different,” he said. After a year without much, everything happened suddenly.

Prefabrication isn’t the only reason the structure will be built by September. Morgan said the agreement with the contractors states that construction “should be completed in approximately five months” and that part of the work began in May.

And once the construction is complete, there is still work to be done. From late 2022 until summer 2023 – when the department plans to unveil the garage – contractors will work on interior finishes.

Next, the DOT will connect the garage to the Stamford Transportation Center via an enclosed pedestrian bridge. Morgan said the bridge should be in place “by the end of the year”.