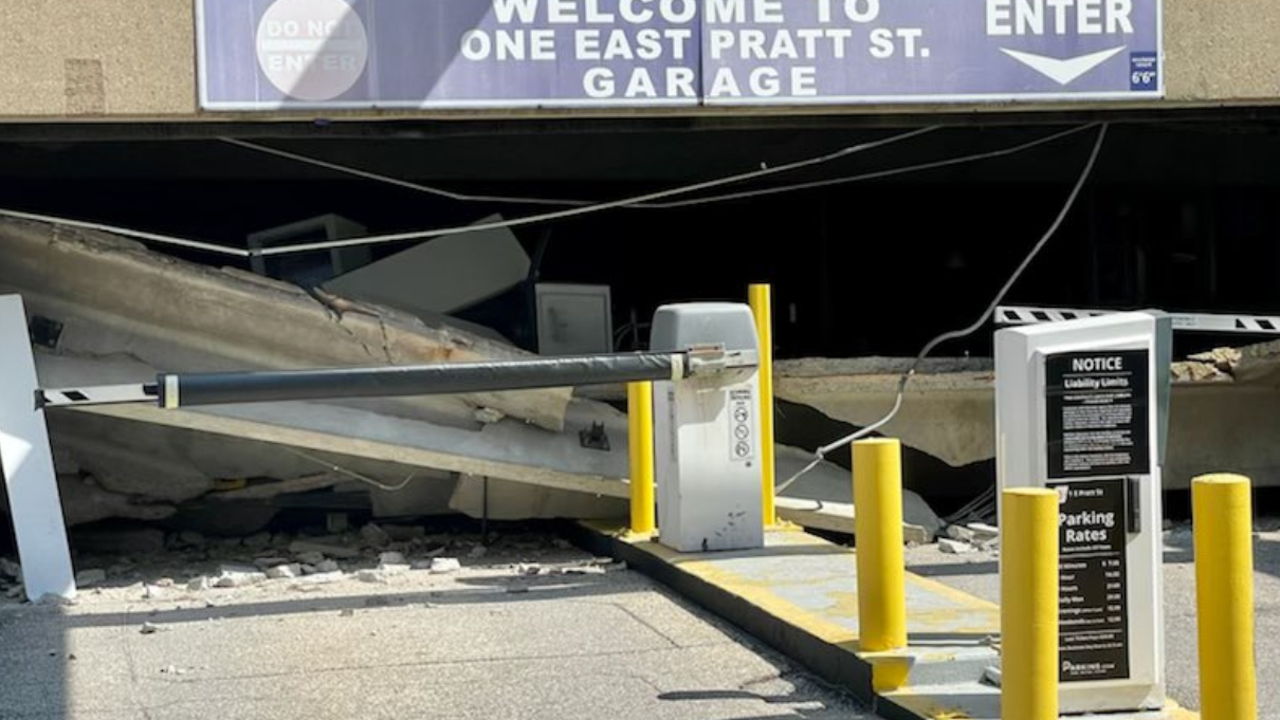 Baltimore officials are providing updates on a parking lot collapse in the city’s downtown Friday morning.

BALTIMORE – A parking lot in downtown Baltimore collapsed Friday morning, according to firefighters.

The Baltimore Fire Department said crews arrived at the garage, located at 1 E. Pratt Street, just before 10 a.m. Friday to find a partial structural collapse near the rear of the garage.

Crews say no cars or people were trapped by the collapsed structure after sweeping the scene multiple times.

Officials say there are several cars that remain parked in the intact parts of the garage and they will endeavor to return these cars to their owners.

Authorities are at the scene of a parking lot collapse in downtown Baltimore.

They ask anyone who might have a car inside the garage to call the garage management company Standard Parking Plus.

Building inspectors and engineers remain at the scene of the collapse Friday. Officials say they will conduct structural integrity assessments.

As a result of these assessments, Charles Street will be closed indefinitely between Pratt and Conway streets.

Motorists are urged to avoid the area.

This is a developing story. Stick with FOX 5 for updates as they become available.