The developer offers an 8-storey parking garage with housing 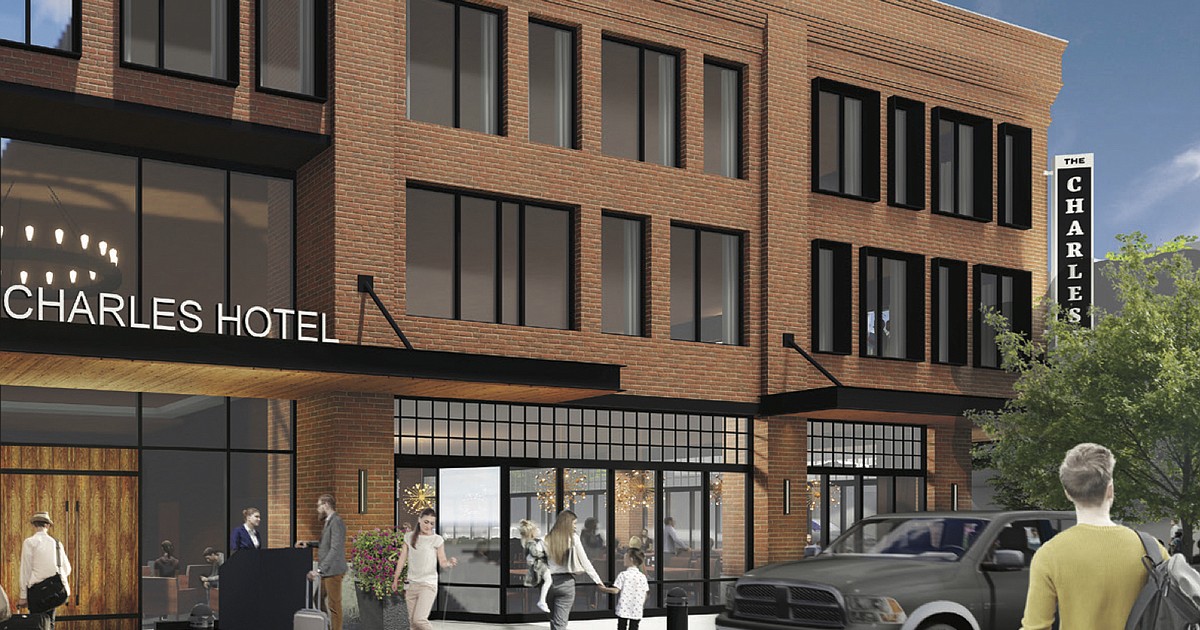 The developers behind the Charles Hotel and the associated parking lot at the intersection of First Avenue and First Street West approached the city to modify the plan of the parking structure to include approximately 70 housing units.

The city council held a working session on Monday on the subject. Any changes to the hotel and parking agreement must be voted on by the board. The project must also go through the planning council and obtain final council approval.

In addition to 250 parking spaces, the four-story garage was designed to include 7,000 square feet of ground floor retail space. However, the developer is interested in adding four more floors to the building for multi-family housing.

Jarod Nygren, director of city development services, told council that while working on the project, the developer returned to seek changes to the plan. In addition to housing, the developer is seeking to retain ownership of the garage, rather than handing it over to the city.

“One thing we heard from the public is that the hotel is great, but why not the accommodation,” he said. “So I think that was factored into the developer’s mind.”

“We could also see the public benefits of including parking without having to own a building and pay for long-term maintenance,” Nygren said while noting that city staff wanted advice from council beforehand. to work out the details of the amendments to the agreement.

The city council was generally supportive of the housing addition and private ownership of the structure. Although some councilors had questions regarding the logistics, especially in terms of providing the necessary parking for the accommodations.

Councilor Sid Daoud said the town would benefit from housing

“I think we are all in favor of the arrival of these units,” he said. “But now we have to figure out what we want to do about parking these units.”

“I would hate to get to the point where the size of the garage isn’t big enough for the parking we need,” Councilor Sam Nunnally said. “We see this as a long-term plan for downtown to revitalize it and bring people downtown.”

REGARDING THE potential housing units, city staff also suggested working with the developer to ensure that at least some of the units are reserved as affordable units for labor. While this suggestion received some support from some advisers, it also prompted several questions about how it might be structured.

City manager Doug Russell said council could consider designating tax increase funding funds – which are already earmarked to be used for parking – to reduce the cost of some of the housing units that will be probably developed at the market rate.

Councilor Ryan Hunter said he would support housing, but wants to ensure that if the city contributes funding, housing is guaranteed to be affordable.

“It only makes sense to me if it’s a restricted act like permanently affordable,” he said. “Otherwise it could change a year later. We need to know that this will provide housing for this workforce in the future.

Daoud said that if the city subsidized housing with TIF funds, he would want to know more about the income levels allowed for people living in the housing and how it would be handled in the future.

Mayor Mark Johnson pointed out that the deal is already in place for the garage, but with the suggestion to add housing, this could be an opportunity for the city.

“We can use the tax increase funding to buy out that rent on a number of units because we’ve heard from the public over and over and from this Council that we need to do more to address the housing crisis,” did he declare. “It may not be the perfect option, but it is an option we can consider. We can look at the numbers and how we can structure that.

THE DEVELOPER plans to build a $47 million hotel on the corner of Third Street West and Main Street, which would also come with parking. The garage is expected to accommodate the hotel’s parking needs, replace displaced parking spaces in the two city-owned lots, and build additional spaces for future development.

The city is providing financial assistance to the parking garage project under the Kalispell Town Center TIF Assistance Program, which was developed to support redevelopment activities and advance the objectives of the center’s urban renewal plan -City of Kalispell. Hotel Charles should generate the TIF funds for parking.

The 89,000 square foot hotel is expected to feature 79 rooms, a restaurant, bar and lounge, retail spaces, conference space and a rooftop patio.

Montana Hotel Dev Partners is the developer behind the hotel and parking lot.

The estimated parking cost is $9.2 million.