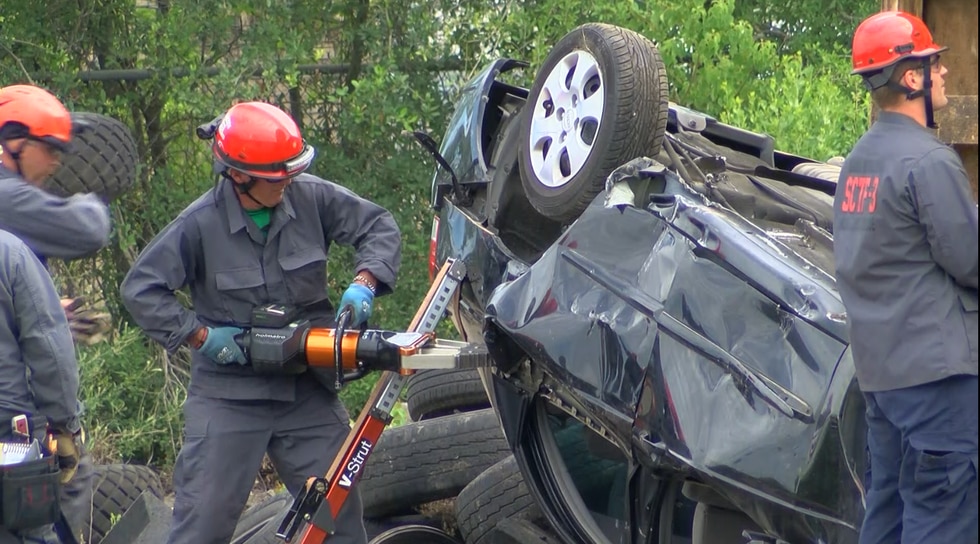 CHARLESTON, SC (WCSC) – Dozens of Lowcountry firefighters who make up South Carolina’s Task Force 3 put their skills to the test and proved their operational readiness by simulating a parking lot collapse in Charleston.

Task Force 3 is one of five urban search and rescue task forces in South Carolina. It is made up of members from the Charleston, North Charleston, Summerville, Saint Andrews, James Island, Johns Island and Mount Pleasant Fire Departments.

For hours, the members dug the heap, used the Jaws of Life, and pulled the victims out of the pile of rubble.

The task force was previously called in to help after flooding swept through Georgetown in the aftermath of Hurricane Dorian and put on hold after tornadoes ripped through the Midlands two months ago.

The commander says the majority of his members have been with the task force for over 10 years.

“Any storm, hurricane, structural collapse, any technical hazard that is beyond the realm of normal firefighter operations, this team is capable of handling and performing at a higher level to get the job done and help our citizens,” the commander said. of Task Force 3 Kyle. said the bishop.

Task force members said training like this not only helps them hone their skills, but prepares them in case their help is needed.